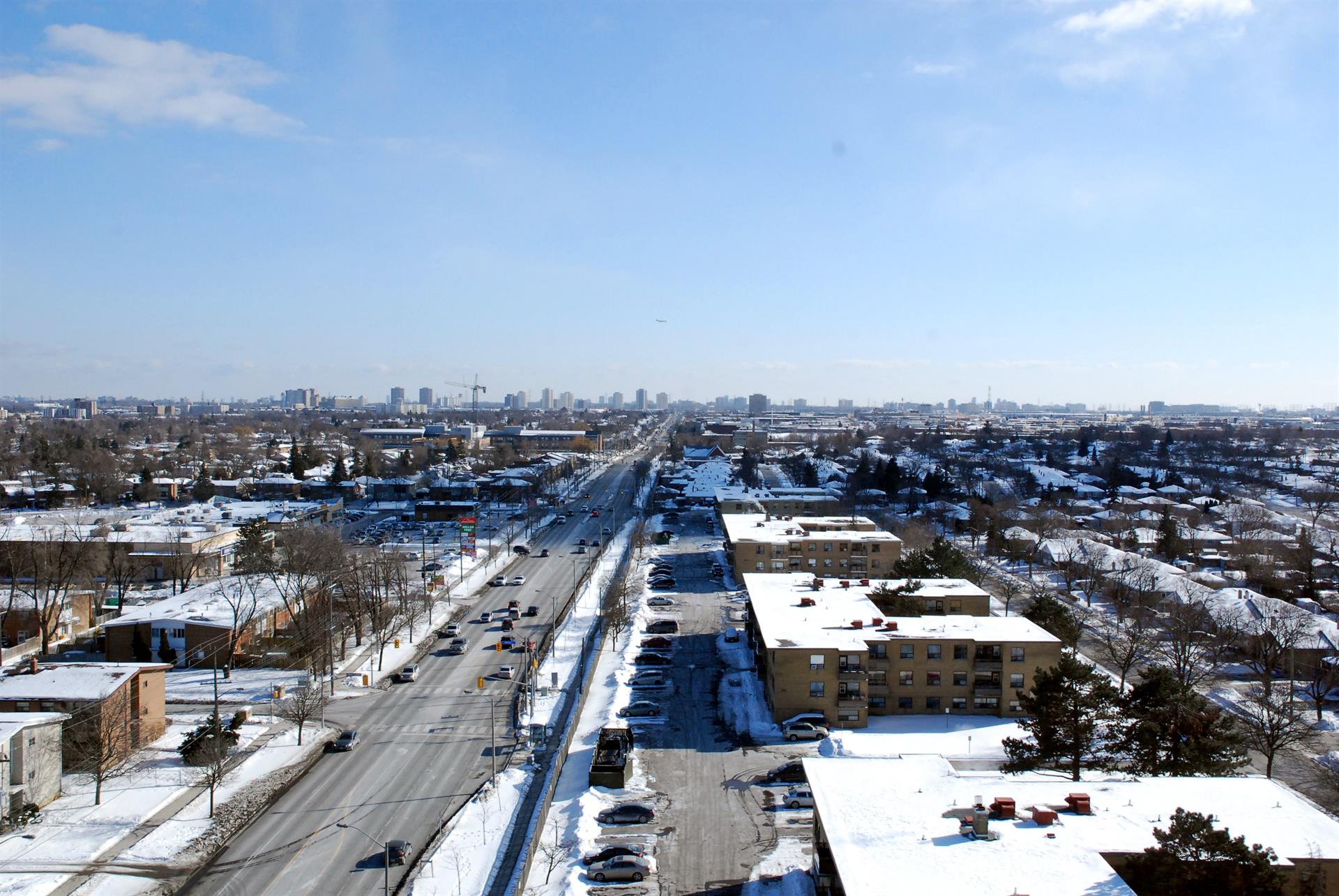 Is a $2 Million Average on the Horizon in Toronto?

Recently, Fortress Real Developments released the third edition of their Market Manuscript, a lengthy analysis and overview of Canada’s housing market by Ben Myers, SVP Market Research and Analytics. The Manuscript answers key questions about the state of the new home industry and explains some common misconceptions about the housing market. Myers’ analysis is based on hard data and his previous forecasts and predictions have been on point, so if there’s one report you read about our country’s housing market, it should be this one. We had the opportunity to read over the Manuscript and chat with Myers about his findings and predictions:

Prices are on the rise in the CMA. TREB just announced that the average resale price for a detached home broke $1 million. Is the new home market seeing similar price growth? What does an average of $1 million mean for the resale market?

The median price of a single-detached home in the Toronto CMA increased by 6.4% in 2014 per CMHC data, and RealNet reported low-rise housing increased by 8% last year. These figures are actually skewed low by the higher number of completions in the outer suburbs of the CMA, where the majority of developable land is located.

The $1 million dollar figure is a milestone, but I’m not sure it means anything different than what we have seen over the past decade. Toronto is a high demand city - single-family homes are in demand, and they’re in short supply. The former City of Toronto completed 5,435 condominium apartments last year and just 164 single-detached homes. I wouldn’t be surprised if we are talking about the $2 million dollar average price in seven or eight years.

The Greenbelt Plan also seems to be a main factor of the rising prices. Do you think the plan/boundaries should be revisited? Why or why not?

I don’t think it would hurt to revisit the boundaries at set time intervals. For Fortress, the majority of our developments are urban condominium apartments, and therefore a shortage of low-rise housing drives high-rise demand. That said, we would love to be involved in more master-planned communities in the GTA. One of my popular taglines when interacting with individuals investing in Fortress projects is “Low Rise is Low Risk” as these projects experience very few cancellations or major delays due to financing.

I have a young family and I understand the need for the space that low-rise housing provides - the convenience of a backyard, a big driveway and basement. I feel for families that can’t find anything affordable near their extended families, relatives, or place of employment. On the other hand, there are significant environmental costs to sprawl and municipalities have struggled with the high price of infrastructure associated with residential-only communities. More sustainable, higher density districts are the future of housing. The development community needs to come up with better solutions to accommodate families in these newly created neighbourhoods. We need better shared play areas, collaborative daycare, easier access and transport to essential services, inexpensive ‘Groupon’ type packages for assistance in everyday chores like cleaning and preparing meals, while also cultivating online support networks.

In the recent Market Manuscript, you mentioned that the Greenbelt Plan is causing builders to focus their efforts downtown. Is this a good thing?

Many large homebuilders that typically built tract housing realized they couldn’t produce the same number of closings given the substantial decline in supply of low-rise housing. Many of these big builders have made their first forays into urban condominium apartments. If they hadn’t ventured into high-rise, then they would all be competing for the same suburban low-rise lands, further driving up land prices and home prices. If so many separate organizations have predicted that the CMA needs an average of 40,000 starts over the next decade to accommodate growth, why was 2014 so low with only 29,000?

There is a big difference between what is needed from a demographic perspective and what can actually be delivered on an annual basis. Many of the condominium apartments that made up the 48,000 CMA starts from 2012 are only now being completed in 2015. Starts are influenced by the availability of approvals/building permits, home sales, the appetite of construction lenders to fund projects, the availability of trades and subcontractors, and much more. In the latest Market Manuscript, I’m forecasting starts this year of 37,400 for the Toronto CMA. Last year, my housing starts forecast was off by less than 1%, which was tops among local analysts.

I think the fear is that foreign investors will drive up the value of homes and price-out domestic prospective purchasers. There is also a concern that if the market declines, foreign buyers will fire-sell their units, further exacerbating the problem. In the Market Manuscript, I polled the top housing analysts in Canada, asking them if foreign ownership of Canadian condominiums was good or bad. No one indicated that it was bad. Many foreign condo buyers are long-term hold and rent investors with an eye on moving here eventually. They want to put their money in the best country in the world!

A couple condo developments recently became rental properties. Is this a trend that we will continue to see? What are the benefits to a developer?

We will see more rental apartments in the coming years. Consulting firms like Urbanation and the Altus Group have reported a major increase in the number of market studies for developers considering rental. With this, the developer skips the sales and marketing process and avoids the up-front costs for marketing and advertising, sales, public relations and other ‘soft cost’ expenses.

Fortress has investigated this market thoroughly, and rental buildings typically require much more equity from the developer, as construction lenders don’t have the certainty of signed sales contracts from purchasers. Were you surprised that the residential units of Bloor and Bathurst are 100% rental? What's your opinion on the initial design concepts?

I was very surprised and anticipated a mix of tenures. This says a lot about real estate in Toronto, it means there are construction lenders that want to finance this type of product, and that developers believe strongly in our market to build without sales. I love the design concepts and was very jealous that it isn’t a Fortress project. The Bloor and Bathurst project and The Well at Front and Spadina are the blueprint for future large scale projects - smart, sophisticated and integrated mixed-use developments.

Which major urban centres in Canada will see the largest increases in prices this year? Why?

I don’t follow the Vancouver market that closely, but of the metro areas covered in the latest Market Manuscript, Toronto is the easy choice. Calgary and Edmonton are facing the oil uncertainty, Ottawa is in a boom hangover, and Winnipeg is more balanced right now. Strong immigration, improved employment, good projects and product, and an undersupplied market will contribute to strong growth in 2015.

Will oil prices affect housing in the west as much as everyone is expecting? What do you foresee?

I don’t think so. The market was booming in 2014 in Alberta, new condominium apartment pricing increased 30% annually according to one source in the City of Calgary, so pricing would really have to nosedive to go below 2013 levels. Both myself and CMHC are forecasting very modest price growth in both the Calgary and Edmonton new housing markets this year. No national recession, a growing U.S. economy, and low interest rates. These are all factors that were absent during the last oil price decline. It will take time before confidence returns to the market, but I think it will in short order. Last time we spoke, you said that Winnipeg is full of investment opportunities. Is this still the case?

I believe our project, SkyCity Centre Winnipeg, is a great opportunity for investors. There is skepticism in that market about buying preconstruction condominiums, so we will have to come to market at a very affordable price to enable us to absorb enough units to qualify for construction financing. When the project is built and prospective buyers can walk through the units, see all the amenities and see the best views of any project in the province, I trust they will pay a big premium. Like Maple Leaf Square or One Bloor in Toronto, people will want to live in one of the signature developments in the city, so I have no doubt the building will command the highest rents in Manitoba.

What would have happened to the housing market if the Bank of Canada interest rate fell below 0.75%?

It would entice more people into the market, but the biggest impact would likely be people looking to get into bigger homes than they would have previously pursued or afforded. I really hope that people will take the opportunity to pay down their mortgages faster, which is the strategy I have adopted. Out of the condo developments on which you're working, which are you most excited about for 2015?

That is such a tough one, I hate to select just one because we have such great partners and projects. However, my favourite project would have to be The Tree House, located just down the street from me with cutting edge modern architecture. It is one of the best townhouse projects I’ve ever seen. I wish I could convince my wife to buy one. I also love Lake & East, SkyCity Centre Winnipeg, The Greenwood and Peter & Richmond, these are all tremendous developments in great locations.

If you could send one message out to all the first-time homebuyers out there, what would you say?

You have to be prepared to sacrifice on either unit size, amenities or location – don’t get stuck trying to find a place with everything on your checklist. If you can truly afford a home, get in while you can, as folks waiting for a price correction in the Toronto market have been on the sidelines for a very long time. Hire a good realtor, I suggest Julie Barnard from our office, and make sure you consult a professional mortgage broker. Also, do a lot of research and don’t get frustrated. There are many more rungs in the property ladder to climb, taking hold of the first one is the hardest.

Read my Market Manuscript here and follow me on Twitter @benmyers29 to see more of my housing predictions.