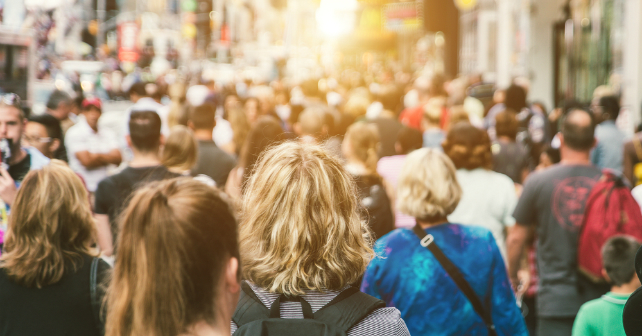 Newinhomes.com had the pleasure of attending a residential land-use seminar hosted by Ryerson University’s Centre for Urban Research and Land Development (CUR). Don Given, founding partner and President of Malone Given Parsons (MGP), lead the seminar with his firm’s research about the available land in the Greater Toronto and Hamilton Area (GTHA). The panel featured Michael Bissett, a partner at community planning firm Bousfields Inc.; Katarzyna Sliwa, a land-use planning lawyer at Dentons Canada LLP; and Frank Clayton, Senior Research Fellow at CUR.

Long story short, Given believes the Growth Plan for the GTHA just doesn’t make sense, mostly because the province has taken a “one-size fits all” approach to density targets. Given highlights the density target for designated greenfields because it increased from 50 to 80 residents and jobs per hectare.

According to MGP’s research, this greenfield density target would equal 20% detached homes and semis, 25% townhomes, and 55% high density housing. The Growth Plan applies this rule across the board, but it doesn’t make sense in every location. For example, can Durham support that much high density housing without an efficient transit system? This all led to five distinct reasons as to why new housing supply isn’t meeting the strong demand:

1) No financial support for infrastructure

The province is telling municipalities that they need to hit certain intensification targets, but not offering financial support to accommodate the growth. Given pointed out that the majority of the growth across the GTHA is in the 905, but these areas lack the infrastructure to move people. It’s not just transit that the municipalities have to worry about; the communities need more schools, water, sewage, parks, etc. If the municipality can’t find a way to build the necessary infrastructure, they can’t approve new housing on available land.

Greenbelt, Oak Ridges Moraine, and Niagara Escarpment aside, there are other restrictions. For example, much of the land deemed developable is actually employment lands. Given explained that employment land hasn’t been developed as much as anticipated because the age of technology makes it so businesses require less space to operate.

Another example is the land development in north Oakville. Yes, it looks like there’s a lot of land, but there is a phasing rule in place. The land has been divided into phases and development can not begin on the next phase until the current phase registers at least 70% of its new units. This obviously slows down the rate of new lot releases.

A developer may own a large site, but that doesn’t mean they can release every lot at once, especially in situations like the Oakville phasing. If you ask any builder how long it takes them to build a detached home, they’ll say they can do it in a few months, but it takes years to go through the application and approval process. Builders and developers are businesses just like all other businesses; they need to take timelines and external factors into consideration during the development of their product.

4) The demand for high-density living is too weak

Though new condo sales hit record highs in March 2017, the demand for high-density living is not strong enough. If everyone wanted to live in high-rises and stacked townhomes, there probably wouldn’t be a supply issue (there would probably still be infrastructure issues though).

Bissett asked the hard question; how do we shift that demand from detached homes to condos? If the demand doesn’t shift and there aren’t enough detached homes, we risk losing professional talent and valuable members of society to other parts of the province or country.

The development process takes long enough without members of the community slowing it down. Sliwa, who works with developer clients, says that a lot of the blame falls on local politicians. Councillors don’t like giving their constituents “bad news,” so communities end up bringing projects to the Ontario Municipal Board (OMB). If the project makes sense for the site, then it gets approved. Then everyone blames the OMB instead of the politician.

Sliwa said that everyone loves to hate the OMB because it’s easy to do so. There is an opinion that OMB hearings are unfair because developers have the money to pay lawyers like Sliwa to present all their research and evidence to the board, which gives them an advantage. Sliwa pointed out that that’s exactly how hearings work. These decisions can’t be based on gut feelings and nostalgia. Living in the neighbourhood for a significant amount of time does not make you an expert on what the neighbourhood needs from a development standpoint.

Of course, these aren’t the only things preventing housing supply from meeting demand. We can go into greater detail about the necessary amount of land to accommodate the province's targets, but we’ll leave that to MGP.