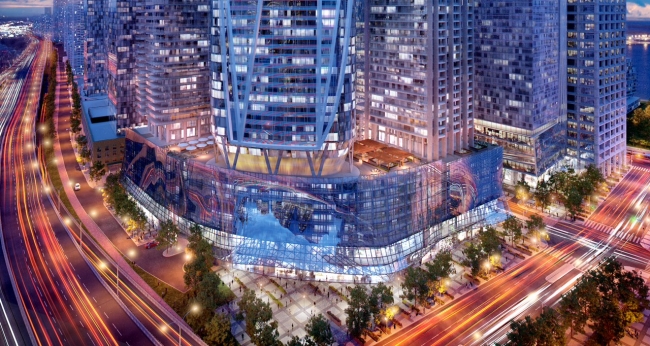 How come some people are opposed to super tall towers?

If you’re a lover of tall design, then you’ve asked yourself this question many times. Anytime a tall tower is proposed, there is a backlash from one community or another that cite reasons such as shadowing, increased traffic, too many people, etc.

“We’re planning for the future. When we do a master-plan for 1 Yonge, it’s not going to happen today. We’re looking at a 10 or 15 year cycle. It’s probably going to take us four or five years to build one of these. Look at Aura, it’s been under construction for a good amount of time. We’re looking toward what Toronto is going to look like in 2025 and 2030,” Kwok said, explaining that many people instantly look at the biggest number on a stats sheets and picture what the neighbourhood would be like without taking the city’s natural growth into consideration. 1 Yonge isn’t going to add 6,000 people to the waterfront tomorrow, or the next day, or even in the next couple years. The growth will be gradual and manageable, and realistically, the market will dictate its success. If people don’t buy in an 88-storey condo, then it won’t be built.

Pinnacle is learning from their experience at the Pinnacle Centre development. Back in the day, when Pinnacle proposed 40- to 50-storey towers near the waterfront, everyone thought they were too tall. 10 years later after they’ve been completed and the tallest tower stands 54 storeys high, people say that they are too short for the area! Pinnacle really is planning for the future. 15 years from now, when 1 Yonge is complete, 80+ storeys won’t seem so tall.

“When you look at Yonge Street right now, you have Aura, you have One Bloor, Minto Uptown, Massey is 60 storeys. That’s the tall tower corridor. Since we’re at the foot of Yonge, we really should be one of those nodes that has some height to it. I think if we came out with four 40-storey buildings, people would be disappointed,” said Kwok.

When will we see more of 1 Yonge?

Kwok explained that Waterfront Toronto is working on a lower precinct plan which involves the 1 Yonge site, the LCBO lands, and the Loblaws lands. They’re trying to figure out what the best plan is for the area. They have a consultant from San Francisco that’s looking at the urban planning part and someone coming in from New York for the traffic.

Pinnacle doesn’t own these two other sites, but they’re all neighbours and the development of each will shape the waterfront’s entrance into the east end of Toronto, so it is important that all three are developed in a cohesive manner.

We would like to thank Anson Kwok for taking the time to talk to us about 1 Yonge. We are really looking forward to watching the project take another step forward!