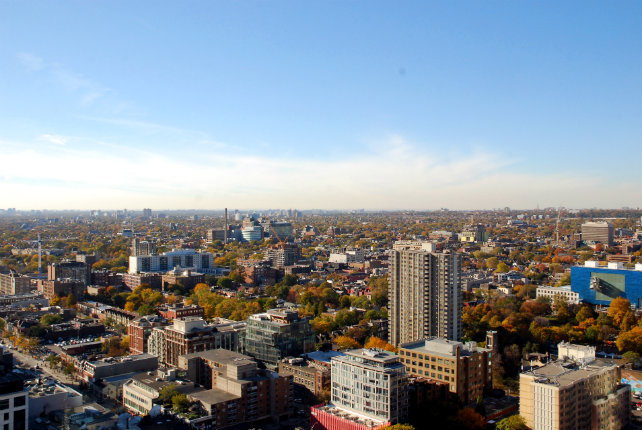 "The rapid growth of prices for low-rise homes is a simple case of supply and demand," explains BILD president and CEO Bryan Tuckey. "Demand for ground-related homes in the GTA is far outpacing supply, and a continuous decline in inventory is fueling the price growth."

There were only 16 new low-rise projects launched in September, for a total of 439 homes. Inventory levels are sitting at 4,452 units, which is approximately three months of supply, based on 2015 sales trends.

The lack of choice and higher prices have caused sales to dip 29% compared to September 2014. There was a total of 1,102 sales last month.

The new high-rise market remains stable with the average price rising to $441,156, compared to $450,014 in September 2014. Price growth has remained stable thanks to the developers’ ability to bring functional smaller units to market.

Though prices are stable, sales are lower than last year with a total of 1,079 sales across the GTA.