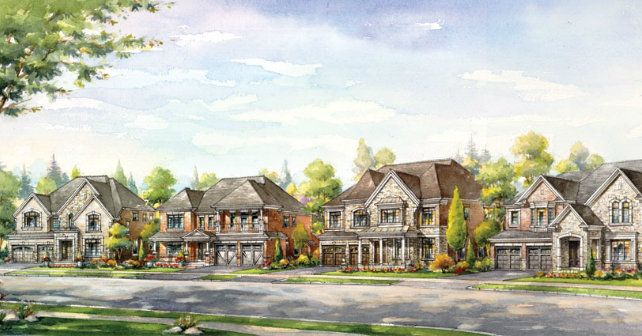 According to Altus Group, BILD’s trusted source for new home market intelligence, the average price of a new low-rise home in the GTA hit $1,028,395 last month, which is a 25% increase compared to the same period last year.

“The GTA is facing a severe shortage of housing supply, particularly for single-family homes which sell as soon as they come to market,” says BILD President and CEO Bryan Tuckey. “When there aren’t enough homes to satisfy demand, prices increase and that is exactly what has been happening in our region over the last decade.”

“Today in the GTA there are less than half the overall number of new homes available to purchase than there were a decade ago,” Tuckey says. “Lack of serviced developable land, excessive red tape and frequent delays in the development approval process have all been large contributors to our housing supply crisis.” The supply crisis is starting to extend to the new condo market. At the end of last month, there were 11,529 new condo units available in the GTA, which is a 10-year low. Buyers are getting priced out of the new low-rise market and turning to the condo market, so sales are on the rise.

“Our industry is implementing provincial policy by building more condominium apartments and less ground-oriented housing,” Tuckey says. “A decade ago condominiums represented just 42% of available inventory compared to 88% in 2017.”

“Demand for condominium apartments is coming from a variety of sources,” says Patricia Arsenault, Executive Vice President of Research Consulting Services at Altus Group. “Among them: end users who prefer the locations and amenities afforded by condominium apartments; families who might have opted for a single-family home, but have been shut out of that segment due to lack of available product; and investors who are the key providers of new rental supply for the GTA’s growing population.”

Is 2017 the year of the high-rise? Will more families abandon their dream of a detached home in favour of a two- or three-bedroom in a condo building? Time will tell.