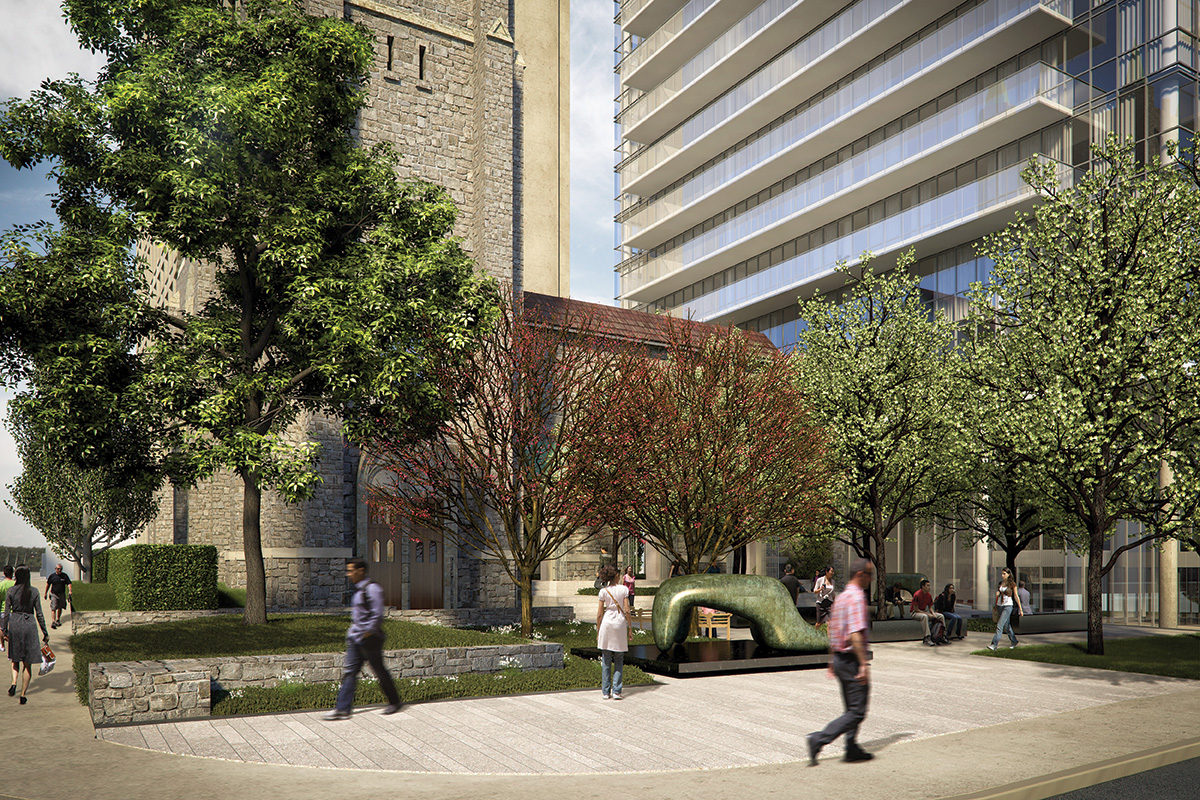 Blue Diamond: At the Crossroads of 3 Toronto Neighbourhoods

We’ve said it repeatedly that the Yonge and Eglinton neighbourhood is one of our favourites, but we think we have a contender in our midst. Ever since Camrost-Felcorp launched Imperial Plaza at Avenue and St. Clair, the neighbourhood has been on our radar, and now that their latest development, Blue Diamond at Imperial Plaza, is underway, the area is looking more and more attractive.

The interesting thing about Avenue and St. Clair is that it’s not really its own neighbourhood so much as it is a meeting point where three separate neighbourhoods mesh. Those neighbourhoods being Forest Hill, South Hill, and Deer Park - and each of them have something unique to offer the area. The Deer Park neighbourhood is located on the east side of Avenue Road, and covers the area north and south of St. Clair. Since the St. Clair streetcar runs through the heart of Deer Park, the main commercial strip features a wonderful array of shops, restaurants, and other services. With development in Deer Park starting in the early 1800s, there are many historical buildings that have been preserved, giving the neighbourhood a unique heritage atmosphere - a great find on the edge of Canada’s busiest and most dense downtown core. The neighbourhood is going through many changes, with more retailers moving onto the main strip every year, and much of the progress is due to Camrost-Felcorp’s Imperial Plaza master-plan. Located on the southwest corner of Avenue and St. Clair, South Hill is most commonly known for being home to one of Toronto’s main tourist attractions, Casa Loma. Sir Winston Churchill Park wraps around South Hill, providing a lot of green space for you to enjoy the outdoors during Toronto’s warmer months. Boasting a head turning Gothic architectural style, Casa Loma was built in the early 1900s near the park, and is now a museum and landmark. The house cost approximately $3.5 million to build and took about three years to complete. As of 2007, the average home in Forest Hill costs just over $4.3 million to purchase, so Casa Loma doesn’t seem like that bad of deal! (Granted, $3.5 million was a lot more money 100 years ago). With an average home price in the millions, you can bet that Forest Hill is well known for its luxury estates. Located on the northwest corner of Avenue and St. Clair, Forest Hill is the largest of the three neighbourhoods, stretching to just beyond Eglinton. What we love most about Forest Hill is the wide range of architectural styles. Tudor and Georgian homes make up the majority of the streetscape, but there are also French Colonial style homes, English country manors, and even homes with quaint terra cotta roofing. The best part about having lush tree-lined streets with unique homes is that Blue Diamond will overlook all of it. At this location, Blue Diamond will also offer amazing views to the south of downtown Toronto and Lake Ontario! Camrost-Felcorp’s master-planned Imperial Plaza community is leading the way in condo development at Avenue and St. Clair. The location is amazing for obvious reasons (see above), plus other great Toronto amenities are nearby, like all the luxury shopping of Yorkville. There is even a great selection of public and private schools in the area, so families can find a new home at Blue Diamond, too! Being situated in such a close proximity to all the sophisticated and elite manor homes of Forest Hill, it’s only natural that Camrost-Felcorp provide similar value in the Blue Diamond suites with impressive appointments, such as imported ceramic tile, high quality plank laminate flooring, stone countertops, and custom designed European style cabinetry.

To be among the first to receive new information regarding Blue Diamond at Imperial Plaza by Camrost-Felcorp, register now!