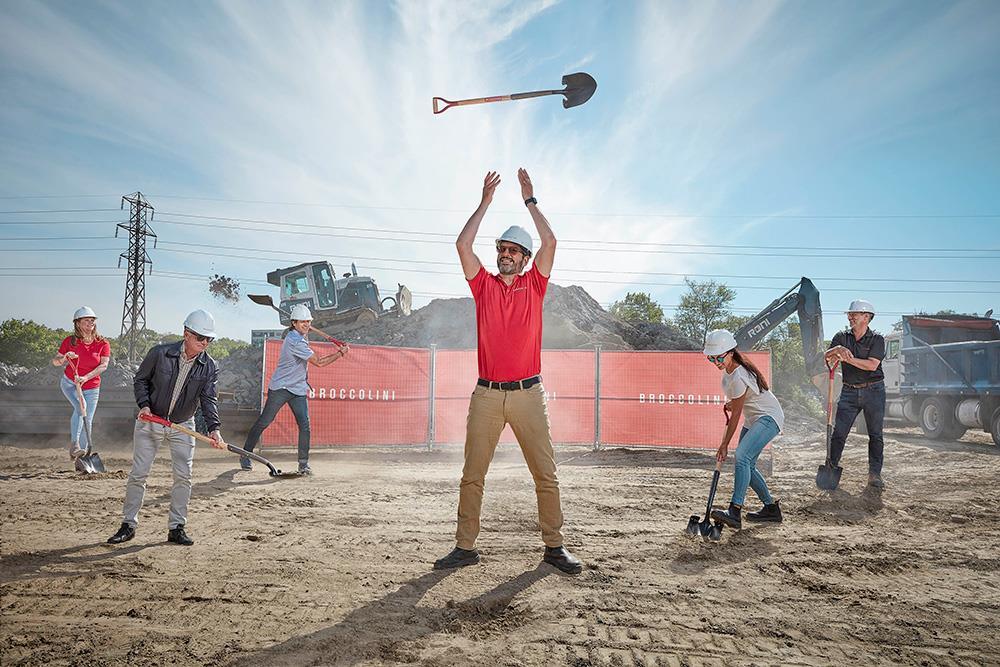 Physical distancing requirements have challenged businesses to get creative, which is exactly what Montreal-based developer Broccolini did when they held Toronto’s first virtual ground-breaking ceremony in June for their River & Fifth condominiums.

This is Broccolini’s first residential high-rise in Toronto, with their unique ground-breaking ceremony marking the start of construction on the 37-storey tower, southeast of River and Dundas streets in the city’s downtown east.

The high-profile guest panel included Toronto Ward 13 Councillor Kristyn Wong-Tam, Senior Manager of Philanthropy at Evergreen Brick Works Sarah Hillyer and Derreck Martin from co-working space East Room, located near the project site, just across the Don River at 50 Carroll Street. Speaking to the project’s development and the vitality that it will bring to the area was Phil Brennen, Associate VP of Development at Broccolini and Broccolini COO Anthony Broccolini. In addition, Anthony Broccolini revealed a new rendering of a public park space being created for future residents.

“River & Fifth is a really special project because it marks our first residential tower property in Toronto and we feel really grateful it can be in a neighbourhood with so much promise and connected to green space and public parks,” said Broccolini. “Green space and public parks in urban settings are so important, as we’ve seen over the last few months. We are very proud of the new park and the pathway to green space it creates for River & Fifth and this neighbourhood.”

Once completed, this development will provide access to the Don River and create a pedestrian connection leading to Corktown Common, a spectacular green space nearby.

While the Broccolini name is relatively new in Toronto, in Montreal they have been an active partner in the city’s growth for many decades, with some of the most exciting projects including the tallest mixed-use tower in the city and new National Bank head-office currently under development.

Sales appointments for River & Fifth are continuing by appointment only, with virtual options to meet with agents and review marketing materials. The virtual ground-breaking ceremony can be viewed here.