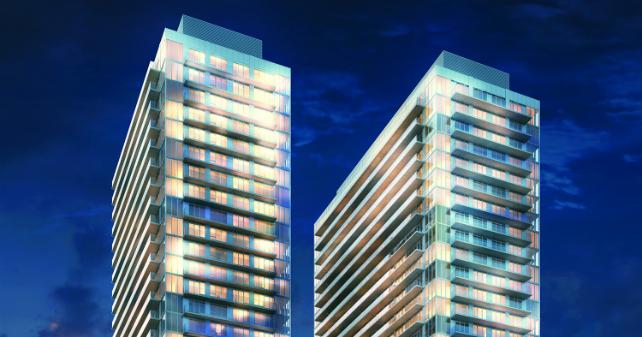 CityLights on Broadway Shines at Yonge and Eglinton

Without a doubt, one of our favourite neighbourhoods in Toronto is Yonge and Eglinton. This is why we’re so excited to learn more about Pemberton Group’s CityLights on Broadway, their new two-tower condo development planned for Broadway and Redpath, a stone’s throw from the famous intersection.

Designed by Wallman Architects, CityLights will rise in a modern-contemporary fashion, complementing the existing towers that have made Yonge and Eglinton such a coveted neighbourhood. CityLights will feature two 34-storey towers that will share a five-storey podium, as well as the lobby and 24/7 concierge.

CityLights will offer a wide array of suites, from studios to two-bedrooms, ranging from 405 to 890 square feet. With interiors conceived by the renowned firm, Cecconi Simone, you can expect the best in features and finishes. A few of the standout interior features include floor-to-ceiling windows that allow your suite to be inundated by natural light throughout the day, wide-plank laminate flooring, and beautiful quartz window sills. The gourmet kitchens include custom-style cabinetry, quartz countertops, and premium packages of six stainless steel appliances. The elegant bathrooms have deep soaker tubs for relaxing after a long day’s work and luxurious frameless glass showers. Life at Yonge and Eglinton

What we love about Yonge and Eglinton is that at street level, there is an intimate village-like atmosphere, but there are still high-rises and shopping complexes. The Yonge Eglinton Centre is undergoing a $100 million upgrade, so the northwest corner of the intersection is in for a dramatic change. The Yonge Eglinton Centre features 75 shops, a Cineplex SilverCity, and a convenient Metro grocery store. The best part about all these nearby amenities is that they are under a 10 minute walk away from CityLights!

Speaking of walking, CityLights’ address has an 89 Walk Score, and a Transit Score of 93. Yonge Street gets a lot of foot traffic due to the numerous transit routes intersecting and running along it, plus the many shops, bars, and restaurants are all easily accessible by foot. There are even certain parkettes along Yonge that feature mini-markets and florist shops during the spring and summer. So, the Yonge and Eglinton neighbourhood has everything you need within walking distance, and CityLights offers even more for days when you don’t feel like walking anywhere at all. The Broadway Club features 18,000 square feet of indoor amenities, and an additional 10,000 square feet of outdoors amenities.

The indoor sports court is perfect for badminton and as a half-court for basketball. For an even more intense workout, you can visit the fitness centre, which features yoga and Pilates studios, a spinning studio, a cardio room, and a strength training facility with fit box and free weights. There are also his and hers change rooms and a juice bar and lounge.

The landscaped podium rooftop has two pools that are connected by a bridge, and are surrounded by cabanas. There are many lounging areas, open fire pits, and a barbecue area. Also, Pemberton has decided to include hammocks on the rooftop terrace, a brilliant idea that we can’t believe hasn’t been thought of before. Another great feature of the rooftop terrace is the tiered ampitheatre, perfect for taking in one of your favourite films under the stars with friends and neighbours. Register for CityLights on Broadway!

To be among the first to receive more information about the preview opening of CityLights on Broadway, register at www.citylightscondos.ca. You can also call 416-546-6605 with any inquiries.

With prices starting at $199,990 and ranging up to the mid $400,000s, this is a great opportunity for young couples and first-time homebuyers to own a new condo in one of the city’s best neighbourhoods!