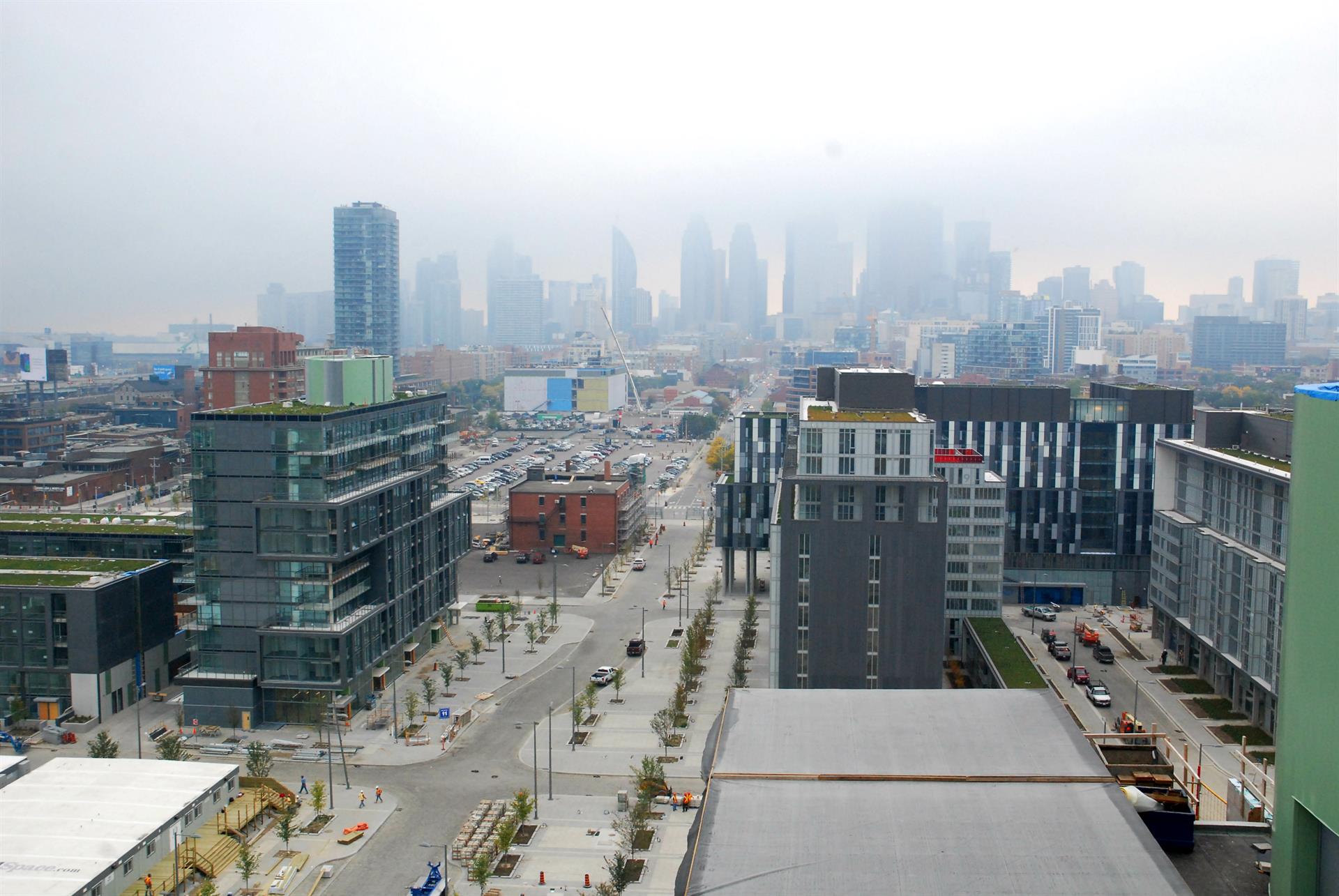 It’s All Coming Together at the Canary District in Toronto

On September 30, 2014, Newinhomes.com was fortunate enough to be a part of the final Canary District tour before Dundee Kilmer hands off the project to TO2015, the entity managing the Pan Am/Parapan Games. We started off the tour with the laying of the yellow canary brick in the centre of Front Street at the entrance of the community. This yellow brick represents Dundee Kilmer’s initial construction work coming to an end on schedule and on budget, with a daily spend of about $1 million a day. After the yellow brick was laid, we headed into the 82,000 square foot Cooper Koo Family YMCA complex, which features a pool, a fitness facility, a large gym, community facilities, as well as a green roof that provides an additional 11,000 square feet of outdoor space. According to Tim Dittmar, construction manager, EllisDon, The YMCA change rooms will be used by the athletes and the fitness facilities will be fully equipped by TO2015. While the pool is ready for use, it won’t be used by the athletes. Putting the finishing touches on the YMCA

The next stop on the tour was at Block 11, what we all know as Canary District Condos, which is approximately 95 percent sold. We headed up to a higher floor to check out a suite that had a balcony that faced the residents courtyard. “All these buildings are being built to LEED Gold Standard. You’ll notice our green roofs, and you can see from here, the pathways and laneways that make the village porous,” Ken Tanenbaum, Vice Chairman of Kilmer Group, pointed out to us while we were standing on the balcony. Walkability was a major focus when laying out all the new sidewalks, paths, and roads. Jason Lester, president of Dundee Kilmer explained that the sidewalks are about 10 times wider than your typical sidewalk, and the paths wind through the neighbourhood as opposed to forming a grid of right angles. After taking in the views of the Canary District Condos courtyard, the group walked over to the Canary Park building, which is currently 25 percent sold. Canary Park features 439 suites in two buildings, reaching 11 and 15 storeys. The last time we visited Canary Park, it was for the topping off celebration. This time, we got to check out one of the suites on the 14th floor and stand on the balcony that overlooked Corktown Common. Seeing the new park from this angle was amazing, and even though it was a gloomy day with grey skies, we could see children playing in the park and swinging on the swings. We got a chance to chat with Jason Lester about the long term timeline for the development of the Canary District. Here’s how development will be broken down over the next few years: George Brown ResidenceNow that the first two condo buildings are nearly complete and the affordable housing buildings, YMCA, and George Brown Residence are well underway, the community is really coming together. The whole team at Newinhomes.com is looking forward to the next three phases of residential, and we can’t wait until the games kick off next summer!