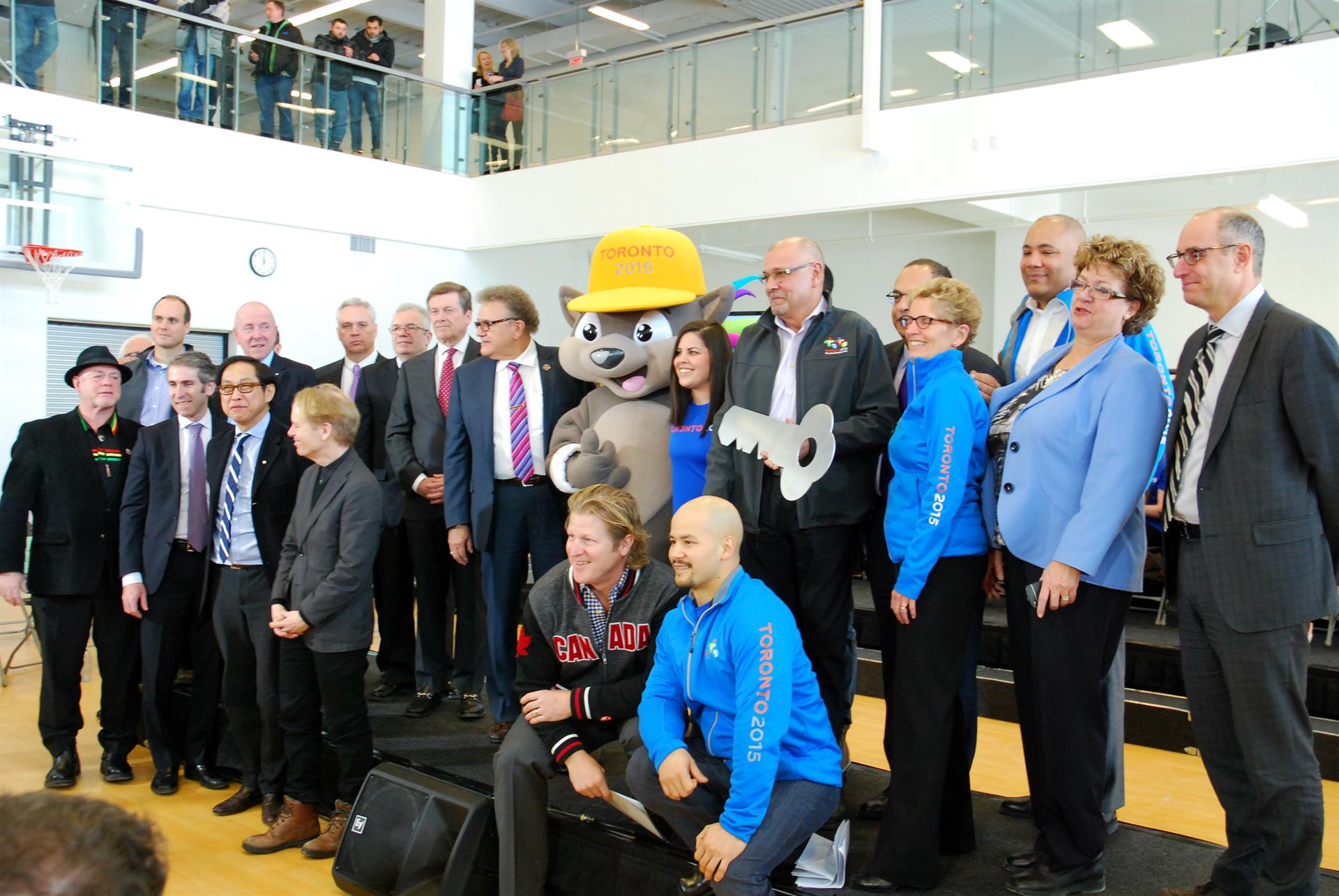 We’ve been there since the beginning, watching the West Don Lands blossom into a cohesive master-planned community we’ve all come to know and love as the Canary District. We remember when the area was just industrial land, completely written off by the city. Now, it is one of the most exciting new communities in Canada. Recently, local dignitaries, games organizers, athletes, and others involved in the games joined Dundee Kilmer and the province as they officially handed over the lands to TO2015, the organizers of the Pan Am/Parapan Am Games. “The Athletes’ Village will serve as a welcoming home for athletes at the Pan Am and Parapan Am Games, and, thanks to thoughtful planning, it will also leave a legacy that will benefit Ontarians well into the future. I am proud of the role Ontario has played in bringing this project to life,” said Kathleen Wynne, Premier of Ontario.

The CIBC Pan Am/Parapan Am Athlete’s Village is ready for all the games participants 140 days before the Games and on budget and on time, a great feat by Dundee Kilmer and construction company EllisDon. The LEED Gold community is now 50% complete and features market condos, two affordable rental buildings, a George Brown College residence, and the Cooper Koo Family YMCA. After the games, Dundee Kilmer will take over once again and develop more market condos and other mixed-use buildings, and more infrastructure will be installed, such as a new streetcar line. “This new mixed income, transit friendly neighbourhood is a strong example of public-private partnership at its best. Post Games, the Village will add a mix of new housing, including 253 new affordable rental units, to the City’s housing stock,” said Mayor John Tory. The units have been completed with drywall, lighting, bathrooms, and temporary flooring. After the games, Dundee Kilmer will spend six months adding the final touches to all the units so that purchasers are still receiving brand new units. Some final touches include kitchens, flooring, and perhaps additional lighting. “The Canary District is sure to become Toronto’s next great neighbourhood. From the carpenters to the bankers, we take our hats off to all involved in managing this project to its successful outcome and acknowledge the vision and leadership of Waterfront Toronto and Infrastructure Ontario,” said Ken Tanenbaum of Kilmer Group.

We’ve toured the Canary District so many times in the past - let’s take a look at the Games and community from a different perspective...by the numbers!

Handing over the grounds to TO2015