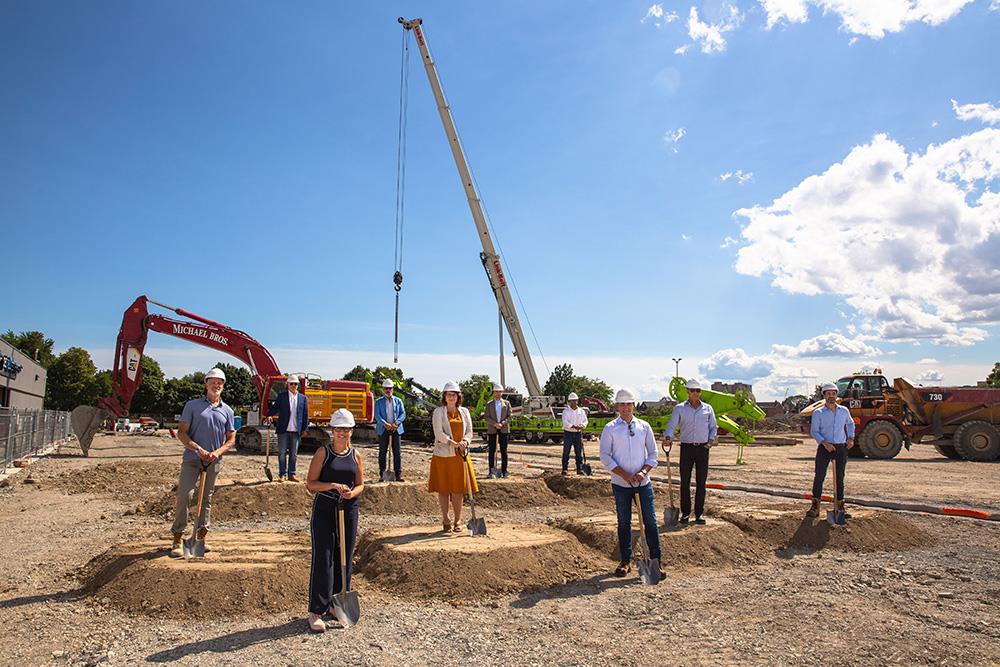 ELAD Canada recently celebrated the ground-breaking of the Galleria on the Park master-planned community, one of the largest communities introduced to Toronto last year. The 20-acre site located at Dufferin and Dupont streets will include eight mixed-used buildings, encompassing nearly 2,900 condominium residences along with approximately 300,000 sq. ft. of retail, an eight-acre park, as well as a 95,000 sq. ft. brand-new community centre that is double the size of the current facility.

Representatives from ELAD Canada were joined by Councillor Ana Bailao and staff from the City of Toronto’s Housing Secretariat, as well as project team members from CORE Architects, PSR Brokerage and Clark Construction Management, to commemorate the occasion on-site.

“We are extremely proud to deliver such a significant project to the City of Toronto. We have always deeply believed in the West End – its rich industrial past, its strong sense of community, and its vibrant arts and culture scene. Today’s event demonstrates the strong momentum of Galleria on the Park and our continued commitment to delivering exceptional, thriving master-planned communities across Canada,” says Rafael Lazer, CEO of ELAD Canada.

As part of the first phase of the development, Galleria on the Park will include mixed-use towers Galleria 01 and 02, 150 affordable rental units, retail, the new Wallace Emerson Community Centre and Phase 1 of the expanded Park, which will become landmark amenities in the West End. Galleria 01 and 02 are now more than 95 per cent sold of released units.

Coupled with the announcement of this milestone, ELAD Canada has also unveiled new public art by internationally acclaimed artist, Thrush Holmes, solidifying the evolving Galleria site as a community hub. Holmes has transformed the bays along the north side of the Galleria Shopping Centre facing Dupont St., into a series of vibrant, colourful rainbows. Spanning 150 feet altogether, the murals serve as a message of hope and positivity for the West End as the battle against the COVID-19 pandemic continues. 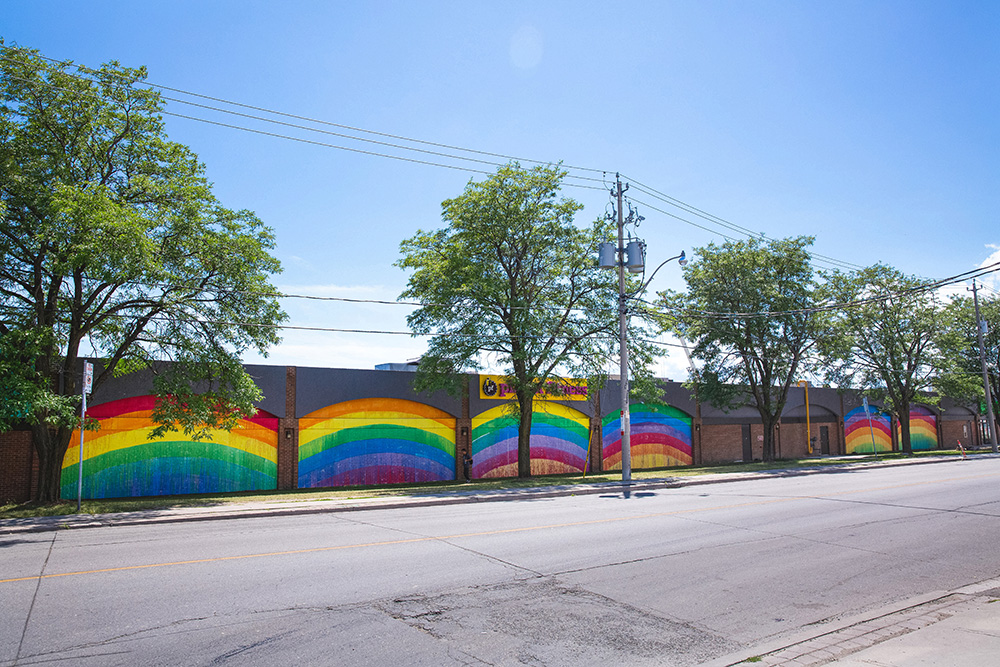 “These rainbows were created to make people smile, the way a natural rainbow would. My hope is that these rainbows become a symbol of a bright future for the Dupont West neighbourhood,” says Holmes. “It’s quite special to be working with ELAD Canada on two large-scale and significant public art pieces on this very site.”

The collaboration marks ELAD Canada’s second engagement with Holmes, following the reimagining of the 60-ft-tall mall pylon that has now become a vibrant, neon beacon for the neighbourhood. The piece features Holmes’ signature bold mixed-media style, including a glowing Love Me Till I’m Me Again message.

ELAD Canada has more public art plans in the works, and will launch its next mixed-use building, Galleria 03 in Fall 2020.