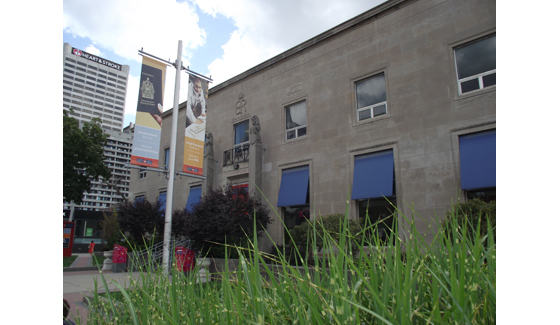 A Glimpse into the Future of Station K

One of the most highly debated development sites of the past year is Station K. The post office, which was built in 1936, sits on the site where the famous Battle of Montgomery’s Tavern took place.

As many followers of the HomesAndCondosBlog are aware, The Rockport Group purchased the lot. Since the announcement of purchase, not much has surfaced about Rockport’s plans – that is until today. According to an application filed with the City of Toronto, The Rockport Group is looking to build a 26-storey condo. The development will also include a commercial component.

Not mentioned in the development application is the plan that Rockport has for the post office.

Rockport purchased the site with no restrictions, which means that they are under no legal obligation to maintain the building; however, Rockport President and CEO Jack Winberg sees the value in working with the community.

“I think the message was very clear as to what the community wanted,” Winberg said. “We’re going to keep the front 40 per cent of it as it is but substantially renovated and improved.”

So, the plan, although not formally filed, appears to be to maintain the current park, upgrade and enhance the post office, and build a 26-storey condo adjacent to the back of the existing building.

This application is the first step in the process, but Station K’s future is looking very promising. We should have public meetings and debates scheduled very soon.