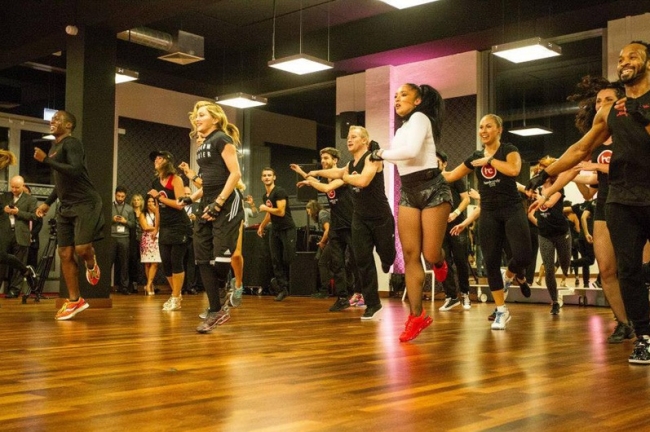 Get Into the Groove with Madonna at Aura

With Toronto’s condo market starting to cool off, according to Urbanation Inc., a Toronto real estate research firm who reported the slowest annual growth for Toronto in eight years, it’s no wonder competitive condominium developers are getting creative to attract investors! If you haven’t heard the exciting news, let us be the first to inform you that Madonna will be attending the grand opening of her Hard Candy Fitness studio inside Aura at College Park next month.

As if having the reputation of being Canada’s tallest condo isn’t attractive enough, Aura, the new 78-storey Toronto condo will have the Queen of Pop leading a workout right in the building! Madonna will lead her Addicted to Sweat dance class for a few Hard Candy Fitness members, as well as a group of people who will have to audition on February 1. The big day is February 11, 2014.

As one of the eight cities in the world to have a Hard Candy Fitness studio, of course it would be located in a condo that really stands out on Toronto’s skyline. Without a doubt, Aura is going to get a wave of publicity over this. With about 99% of the 985 units being sold since 2008, the luxury development is encouraging potential buyers to have a look at their five-bedroom penthouse suite, priced at nearly $18.4 million.

“We’re very excited to have Madonna’s gym,” says Riz Dhanji, vice president of sales and marketing at Canderel.  “We’ve had incredible interest in the building’s remaining units, especially the penthouse suites. This will only draw more attention to that as suite owners get access to this world class gym.”

Oh, and only semi-harcore Madonna fans will understand the reference in the title of this story!