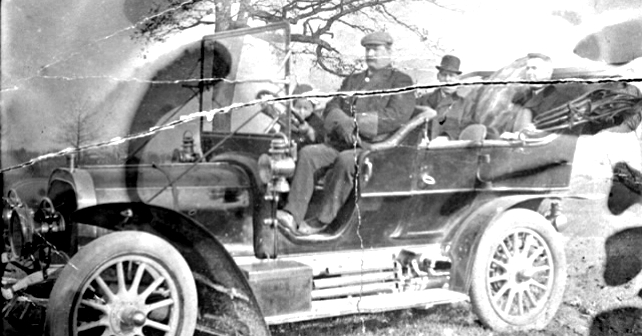 How Will Little Italy Evolve in the Coming Years?

Nestled in Toronto’s west end, Little Italy is known for its Italian restaurants, coffee shops, and soccer fandom. However, the name Little Italy can be slightly misleading - despite the concentration of Italian Trattorias and businesses, the neighbourhood is now home to a sizeable Portuguese, Latin American, and Vietnamese community. How did this small enclave become known as Toronto’s host spot for gelato, pasta, martinis, and World Cup celebrations? The history of Little Italy begins in the early 1900s when Italians began arriving in Toronto in large numbers, settling in what was formerly known as St. John’s Ward. This large neighbourhood was located between College and Queen, Yonge Street, and University Avenue. For many years, this ward functioned as a dense slum, receiving many of the city’s poor immigrants escaping European Revolutions, oppressive regimes in Eastern Europe, the Irish Potato Famine, or the American South via the Underground Railroad. The Ward encompassed Spadina Avenue’s Jewish community, Kensington Market, the original Chinatown, and Little Italy. Bartolo Maiorana immigrated from Italy in the 1890s and started a macaroni business in Toronto - 1910 - via torontopubliclibrary.caBy the 1920s, Italians began congregating west of Bathurst along College, settling in the Edwardian homes that lined College and the intersecting streets. It was at this time that the district we have come to know as Little Italy became the commercial centre of Toronto’s Italian community. The Italian immigrants found work on the railways and in road construction, and began opening businesses along College Street. At this time, College Street was primarily composed of two- and three-storey buildings with commercial retail at the street level and residential units on the upper stories. Throughout the first half of the 1900s, Little Italy slowly evolved into a small enclave in Toronto’s west end running along College Street between Bathurst and Ossington Avenue.

Canada’s first multicultural radio station, CHIN FM, was founded in 1966 in Little Italy by Johnny Lombardi, Little Italy’s “unofficial mayor.” Lombardi served in the Second World War, participated in the D-Day invasion, and returned to Toronto in 1946 to open a supermarket on College Street.  CHIN’s studio stood on the south side of College between Grace and Clinton, above Lombardi’s supermarket. The station, which stood for Canadian Happiness INternational, helped pioneer multilingual radio in Canada. Though the studio has moved and expanded, the stretch of street is officially known as Johnny Lombardi Way by the City of Toronto, and Lombardi was also awarded the Order of Canada for his service in WWII in 1981.It was during the 1960s that many of the district’s Italian residents began migrating north to Corso Italia, an enclave located on St. Clair Avenue West, as well as Woodbridge, Vaughan, and Mississauga. They were replaced by families of Portuguese, Spanish, Chinese, and Vietnamese descent and the neighbourhood’s demographics began to evolve slowly. Though the demographics of the neighbourhood have changed, the Italian character of the neighbourhood persists. The neighbourhood has diversified, but Trattorias and Italian coffee shops still line the streets, and sports bars continue to burst with Italy fans during the World Cup. In 1985, the local business association officially adopted the name Little Italy to commemorate the role the neighbourhood played as a landing pad for Italians arriving in Toronto. The neighbourhood is also still home to the Tarantella Festival in September and the Taste of Italy festival in June. Most recently, the Italian Walk of Fame was launched in 2009 to acknowledge and commemorate the accomplishments of successful Italians.Little Italy is now bustling with the arrival of trendy cafes and martini bars, while College Street’s wide sidewalks also make this area perfect for lounging on patios in the summertime. The great local music scene, independent cinema, and summer festivals have attracted many young families and a few new developments including Nero Condo, located between College and Dundas Street West on Manning. The condo development is connected to the neighbourhood’s history through the Silva family. Since 1973 the lot has been home to the Joaquim Silva’s family hardware store and building supplies yard. Recently, Joaquim’s son Renato sensed the changing nature of Little Italy and felt that the building supplies yard no longer fit into the aesthetic of the neighbourhood. Renato Silva launched Tofni Developments and used the site for his first residential development, a seven-storey mid-rise.

465 Shaw residences by UrbanquestNearby, Urbanquest Incorporated has started construction at 456 Shaw Street. The three- and four-storey residences feature a number of European architectural features, such as a loggia. Development in the area is also expected to ramp up with the arrival of Westbank’s master-planned project located just steps away from Little Italy at Bloor and Bathurst. The mixed-use development will feature rental residential units, retail, and commercial spaces, as well as pedestrian-oriented space reserved for weekend markets, patios, festivals, and community events.Little Italy’s quiet tree-lined streets, patios, and cafe culture are becoming popular with Toronto’s developers, and it will be interesting to see what is in store for the neighbourhood’s demographics, commercial culture, and street life as the area continues to evolve.

Feature: Abramo Puccini immigrated to Toronto in the 1890s and ran a bakery - 1908 - via torontopubliclibrary.ca