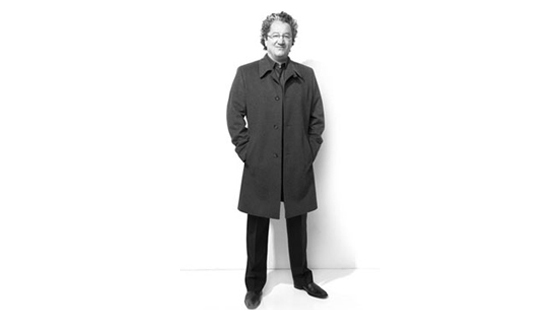 We sat down with Babak Eslahjou, a principal of Core Architects, to discuss his experiences, his creative method, and the way Core Architects functions as one of Toronto’s elite firms.

NewInHomes (NIH): First off, how did you get to where you are?

Babak Eslahjou (BE): I was born in Iran, raised in Iran, and went to a lot of schools in Switzerland, France, and England; then did some high school and university in the States; that’s where I started architecture. My family moved to Canada in 1982, and I did my university degree at U of T.

I worked for 10 years at Zeidler Partnership Architects, a big firm in Toronto. They’ve done a lot of international and provincial projects. I was there with my two partners, Deni Poletti and Charles Gane. We worked together at Zeidler and we were also friends. So, in 1994 we formed Core Architects. In 1996, we launched it, and quit our day jobs — haha. We started working on some projects and moved into this building.

NIH: How did you get involved in residential projects?

BE: We came out of the gate with a condominium at 29 Camden, The Camden Lofts. It was very interesting, very successful. The RA zoning [Reinvestment Area] was just implemented for this area to stop people from taking down the old buildings, but it allowed new residential in the neighbourhood, which was mostly office and industrial. So, we became the go-to guys for residential projects around Camden. Figuring out how to make former industrial land livable became a specialty of ours.

I think that it’s been our ability to take the industrial vernacular and interpret it with a more modern language. We want to stretch that, do more modern work, make a more dynamic appearance. You can still see the big windows and large spaces, but somehow they’re twisted, contorted, moved around. We be as modern as we can be.

NIH: So, when you’re designing a building, how do you deal with trying to please everyone involved?

BE: That is the essence of being an architect. You balance different sets of priorities from different sources. At the end of the day, you want to make space for people to live in. But, in that simple essence, there are a lot of hoops to go through, hurdles to jump, and a lot of people to make happy. They all have their own agendas and requirements; you have the City, the client, the lawyers, the neighbourhoods. The toughest challenge has been the neighbourhoods, and many times, people not understanding what’s happening around them. We try to communicate in our presentations about how you make a city and what you have to do, how you shape new arrivals into an existing neighbourhoods, and there’s always a degree of resistance. We are very progressive politically as a country and city, but artistically, architecturally, we are very conservative. People don’t want change. We’re not seeing change or movement or metamorphosis in our cities, and I think it’s a big mistake.

NIH: With so many things to consider, how do you even start the design process?

BE: We look for one major factor about the site, or the context of the location, exploring issues or interesting aspects of it – just one thing that we think is important about it, and then we expand on that one thing; it serves as the genesis of the project. For example, our most recent project, The College; there is a laneway next to a TCHC building. Some of the members of the TCHC have communal gardens and such there, so we made a deal with them and we’re improving the whole thing. Then the project became about the laneway, so I decided to celebrate it with a bunch of coloured glass. So, at noon or around 1:30 or 2 o’clock, it will cast some amazing colours on the sidewalk and laneway. It became about that one idea.

NIH: You say there’s no change happening in the city, but then you present something like The College, and it’s actually approved! What does that mean in the grand scheme of things?

BE: I think people want designs like this. The culture of design is changing. The iPod generation is growing and they don’t want to live in their parents’ Victorian homes. I think you’ll see the condo buyers of today and yesterday, once they reach their 40s or 50s and making more money, will want to move into more modern homes. More and more, the market is demanding these interesting designs.

NIH: Speaking of the future, what is in store for Core Architects?

BE: There are a couple projects I’m not allowed to talk about [laughs], but what we’re all going through is this green movement; everyone’s pushing for LEED or LEED Gold, and I think it’s a good experience for us to go through. It has proved successful, and it is becoming a standard in the City of Toronto. I want to see more of that happening. I want to have more solar panels in our projects, more green roofs, all sorts of green features – that is what excites me, aside from individual projects.

In Toronto, unfortunately, we’re still ‘brick huggers’ – that’s what I call them [laughs]. It’s OK to be like that a little bit; people feel some kind of comfort and warmth from the brick, but people have to realize that this is a material from another era. I went to Copenhagen, and there are firms there that have government grants to just research new material. They have developed this glass that could eat carbon emissions, so the glass surface on this one building is doing the work of 400 trees. These are the new frontiers — we gotta forget about brick.

We extend our thanks to Babak Eslahjou for taking the time to sit down with us. We’re looking forward to these Core Architects projects that Babak isn’t allowed to talk about just yet!