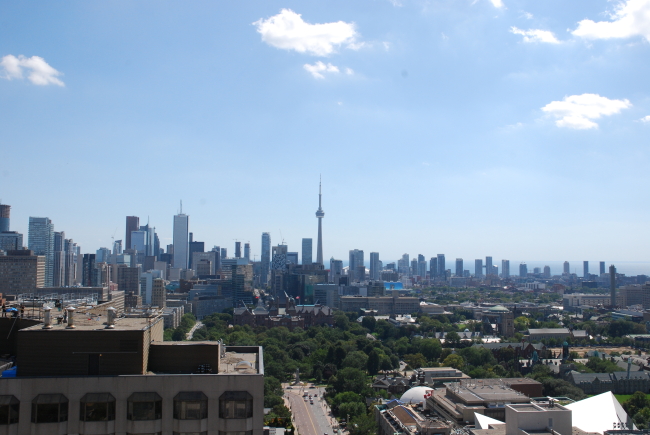 “National sales activity remains solid, fuelled by strength in British Columbia and the Greater Toronto Area, where listings are in short supply or trending that way,” says CREA President, Pauline Aunger. “That said, markets elsewhere across Canada are largely well balanced and in some cases have an ample supply of listings. As always, all real estate is local and REALTORS® remain your best source for information about sales and listings where you live or might like to in the future.”

Homes sales recorded through the MLS system across Canadian markets were down 0.4% in July compared to June 2015, marking the second consecutive month of declines. But, May, June, and July also saw their highest sales in the last five years.

The largest drops in sales were in Hamilton-Burlington and the Durham Region of the GTA. These drops are following record high sales in June, and is likely a response to the insufficient supply of listings.

The amount of newly listed homes barely changed, rising just 0.2% compared to June, marking four months of steady listings. The sales-to-new listings ratio is at 56.8%, and the CREA considers anything between 40% and 60% a well balanced market. Though, there were a few markets in British Columbia and the GTA that breached the 60% marker. As of the end of July, there are only 5.6 months of inventory, which means that if there were no listings starting now, it would take 5.6 months to sell every listed home at the current rate of sales. Actual (not seasonally adjusted) activity was up 3.4% compared to the same period last year, making it the second highest for the month since 2009. Activity was 12.6% above the 10-year average for July. Calgary saw the largest year-over-year decline in activity, but is still on par with the five- and 10-year averages.

“It’s fair to say that the strength of national sales is still a story about two cities, but it’s equally about how trends there are spreading out in their respective provinces,” says Gregory Klump, CREA’s Chief Economist. “Trends in British Columbia and Ontario have a big influence on the national figures, since they account for about 60% of national housing activity. As a result, the national picture reflects how demand is running high for the short supply of single family homes in and around the GTA while the balance between supply and demand is tightening in B.C.’s Lower Mainland. These remain the only places in Canada where home prices are growing strongly.”

Year-over-year price growth increased for all housing types, with two-storey singles seeing the largest gain of 8.16%. Price growth in the GTA jumped 9.39%, while the national average sale price for homes sold in July came in at $437,699, which is an 8.9% year-over-year increase. Excluding Vancouver and Toronto, the national average sale price only actually went up 4.1%.

Do you think the GTA’s housing markets will balance out with new listings this fall season? Will a tighter resale market drive more homebuyers to the new home market?