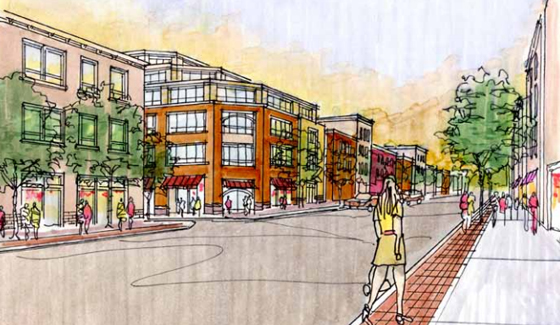 New Development Guidelines in The Beaches

New condominium design outside of the downtown core can be, in a word, adventurous. Some streets and avenues haven’t had an official plan update in upwards of 30 years, which leads to a fight every time a developer makes a proposal for a certain pocket in the city.

It’s not healthy for the city to have every development bogged down with these types of fights, tangled in red tape, when an updated guideline would allow for a quicker development process.

With that in mind, we are happy to see that the City has revisited a highly debated area in Toronto, and updated the developing guidelines. That area is, of course, Queen St. East, specifically around The Beaches.

It seems as though any development proposed for The Beaches, be it three storeys or six, gets stalled by concerned locals, or NIMBYs. We hope that these new guidelines, ones that give us a very specific, up-to-date idea on how The Beaches will grow will ease the developing process. We assume this will make life easier for local Councillors, developers, and architects alike.

“Anyone who has attempted to persuade you that there is any way in the world that you can get a four storey limit in the current legal framework we have, from the Places To Grow Act, and the Planning Act at the Province of Ontario, has misled you. You cannot stop development at four storeys on main streets in the City of Toronto,” said Community Council Chair Gord Perks.

“I started this process personally feeling that Queen Street should be left exactly the way it is. I love it, and wouldn't dream of living anywhere else if possible. As time went on and discussion progressed, and I began to look more critically at our area, I saw that there are areas that desperately need renewal, and we need renewal that is in keeping with the neighbourhood,” said John Ellis, a member of the Beach Triangle Residents' Association.

What Ellis says is important. There are areas in every pocket of the city that are in need of redevelopment, and we love that The Beaches now has the chance to catch up with the rest of the city.