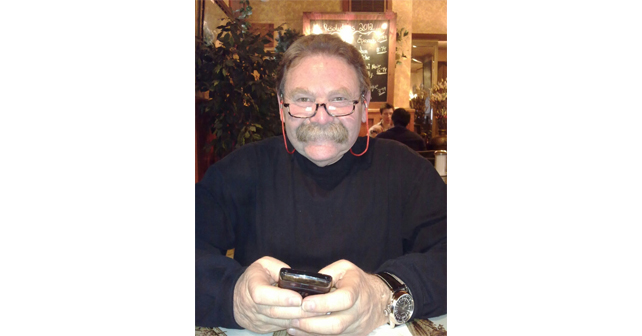 We said goodbye to 2013 with record-high home prices. Driving up the national average were Edmonton, Vancouver, and the Big Smoke itself, says the Teranet-National Bank house price index. The 0.1% rise in home prices in December made a wash with the 0.1% decline in November, leaving the index at an all-time high.

Prices in most of the cities on the index crept down lately, including in Ottawa-Gatineau and Hamilton. Vancouver prices rebounded to new heights after some slumping in the past couple of years, and Toronto saw its first rise in four months in December, putting us back near the peak levels of last August. National home prices overall were nearly 4% higher in December year-over-year.

National Bank of Canada economist Marc Pinsonneault said Calgary, Vancouver and Toronto alone accounted for the steep jump; without them, we’d be looking at a lift of just over 1%. He said with higher interest rates adversely affecting affordability, 2014 prices would likely just cover inflation, about 1.5%. Calgary saw the biggest increases, with a 6.5% rise in the past year.

With a fall election on the horizon, City council is taking the opportunity to grind axes and further agendas, as Monday’s council meeting got a little ugly. The meeting started with Ford talking “about how wonderfully the city has done, under his leadership, of course,” (as the Globe so nicely put it) in responding to the ice storm crisis. Ford got personal with Scarborough Councillor Raymond Cho in response to Cho’s questioning the mayor’s decision not to declare a state of emergency. While Ford says he himself was out examining the damage, Cho, he says, was “nowhere to be found.”

North Toronto councillor and TTC chair Karen Stintz was also “nowhere to be found” according to Ford, his seemingly stock response when questioned on his actions during the Storm. Stintz pointed out that declaring an emergency would have put deputy mayor Norm Kelly in charge, rather than dividing leadership (which would seem to answer Cho’s question, wouldn’t it?). Ford then supposed that Stintz had “a magic wand” as the TTC got up and running, amazing what with her nowhere to be found.

The “scattered and often plain weird” debate (descriptors courtesy of the Globe) turned to the not-unanimous decision to ask Ottawa and Queen’s Park for ice storm help, and went on to pass close to 30 other resolutions, including one that called for downed branches to be used for “firewood, mulch and unspecified artisanal uses,” says the Globe. A little something pretty for the family room perhaps? Another called for the City to investigate the creation of an emergency social media coordinator position. They even called on Toronto Hydro to develop a 30-year plan to bury hydro lines, which would cost billions and yes, seems a little over the top in light of the average number of years between ice storms around here.

While Ford patted himself on the back (“We did a phenomenal job in one of the worst weather storms this city has ever seen” and “I put the city of Toronto up against any city in the world when it comes to dealing with a major, major storm”) and seemingly without irony accused his colleagues of grandstanding, the ridiculously childish meeting has got to make any sane person wonder whether the inmates aren’t running the asylum. If we’re going to put ourselves up against any city in the world, shouldn’t we have higher standards for behaviour from our politicians?

At least we’ve still got one with class. Mississauga’s delightful mayor Hazel McCallion called on all the GTA mayors to coordinate their responses to the storm, going to Ottawa and the province for funding as a united front. The mayors and regional chairs are expected to convene in Mississauga this Friday with Ford scheduled to attend. Brace yourselves for a storm of another stripe.

In his Star column this week, Christopher Hume pointed out that McCallion’s call for regionalism might come too late in this age of “polarization, not co-operation; a time of pettiness, not bigness,” as McCallion is due to retire in a few months.

“Toronto councillors, who devoted much of their most recent session (on Monday) to bickering and fighting off the Fords, are an example of the new parochialism. Chances of this council thinking regionally, let alone acting regionally, are all but nonexistent. It can’t see beyond the concrete walls of city hall,” said Hume. “Toronto, a patchwork of squabbling fiefdoms, is among the worst of the lot. Like the Russian farmer in the old joke: as long as our neighbour doesn’t have more than we do, we’re content to go with less.”

I sure hope he’s wrong.