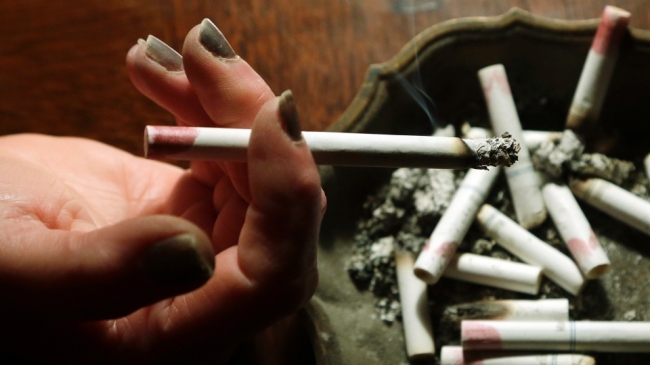 Should you buy a new home or resale? The age-old question leaves most prospective homebuyers on the fence. Well, thanks to the National Post, we’ve discovered a new reason to buy new!

What is third-hand smoke?

According to a study performed by the University of California, third-hand smoke is the residue of second-hand smoke, which lingers on surfaces and becomes more toxic over time. Apparently, if the residue is old enough, the nicotine exposure is as potent as if you were actually smoking.

Those at a higher risk are obviously people who live with a smoker or work in an environment where indoor smoking is allowed. The scary part is that the residue can linger on surfaces long after someone moves out of their home. If buying resale, it’s possible that you could move into a home where a smoker previously lived, and you might not even know!

Of course, children are at the highest risk. According to the study, children with one or two parents who smoke are absent from school due to illness 40% more days than children with non-smoking parents. Third-hand smoke can also slow down the body’s healing process and cause health issues years after prolonged exposure.

How to avoid third-hand smoke

With the amount of people who smoke in the world, it seems like everything is coated in third-hand smoke. You can avoid living in a home with third-hand smoke by buying a brand new one while it is in preconstruction or under construction.

If buying a new home is out of the question and it’s resale or nothing, then ask your real estate agent about the home’s previous owners, or even ask the owners directly. It’s now more important than ever to know a home’s history!