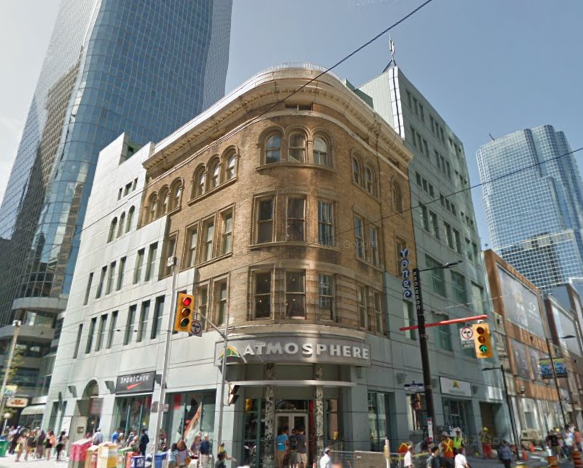 One type of new project we haven’t seen recently in Toronto is a rental building. Because of the high number of investors in the Toronto condo market, the rental market is mainly driven by non-rental buildings. Well, there may be a shift taking place, as a new rental building has just been proposed for Yonge and Queen.

Urbanation recently released their Rental Report, which stated that a total of 3,919 condominium apartments were leased in the MLS system in the first quarter of 2013, which is up 31 percent from a year ago. Prices are also up 4.4 percent. Investors are holding on to their condos now that prices have somewhat plateaued, and the best option for them is to rent.

According to an application filed with the City of Toronto, the owner of 2 Queen St. W. is seeking permission to develop a 65-storey, 580-suite rental building. Yes, you read that right, a 65-storey rental building. Some of the other highlights of the proposal include a commercial component, as well as the restoration of the existing building. The address is currently occupied on the ground level by a store called “Atmosphere.” Why a rental building?

As you know, rental buildings have not been very popular in Toronto for the past few years. The condo boom struck and investors were quick to recognize Toronto’s potential as a major high-rise city. As Urbanation reported, almost 4,000 condo units were listed for rent in the first quarter of this year. Do we really need a 65-storey rental building? Why can’t it just be a condo?

On the other hand, if a few new rental buildings came into the picture at downtown locations, and they had lower prices, it would force investors to make their rental listings more affordable – then those who actually need to rent could still live in the core.

We look forward to seeing what becomes of 2 Queen St. W. Is this simply a one-off development or is it the start of a new trend in Toronto? What do you think?