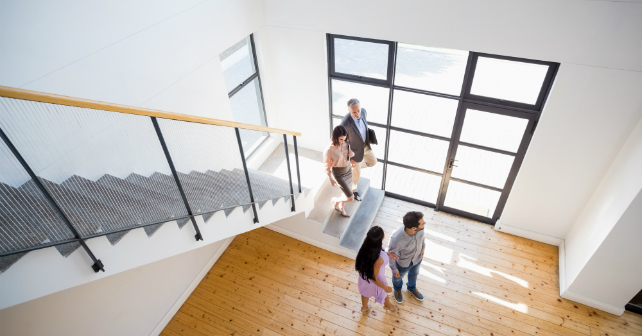 We watch with increasing incredulity as average home prices in Toronto creep past $1 million, marvelling that a nondescript (or even decrepit) one-time starter home can cost more than a Bugatti. Where once a million dollar price tag had connotations of luxury, these days it’s just another fixer-upper.

A new report by Royal LePage compares two-storey detached homes over the last decade to see what a million will get you now versus then. Particularly in Vancouver and Toronto, the answer is, not much.

“What used to be considered a luxury price point is now the status quo in Canada’s two hottest markets,” according to Dianne Usher, senior vice-president of Johnston and Daniel, a division of the real estate giant. “Once carrying significant purchasing power, $1 million is now either below or on par with the price of an average two-storey home in Toronto and Greater Vancouver. Now, instead of a fully upgraded three bedroom, three bathroom two-storey property in prestigious neighbourhoods like Rosedale or West Vancouver, you’re getting a much smaller two or three bedroom, two bathroom property in need of renovation in a less sought-after location.”

(You can check out the whole report and see examples from cities across Canada here.)

Ironically, buyer concern about being priced out of the market is driving up demand (ergo, prices) according to RBC economist Eric Lascelles. “There’s this fear of missing out — if I don’t buy now, it’s going to be even worse a year from now,” he said on CBC.ca. “So people will shut their eyes and swallow and jump into the market.” He noted that home prices now “exceeded that kind of logic.” In spite of continuing low interest rates, he says that at some point, “there are no more buyers that can make those [mortgage] payments.”

Usher says she doesn’t think a million dollars will get you anything at all in our major markets in 10 years, and predicts those tear-downs that are going for a million today will go for $2 million then.

There’s no relief to be found in the rental market either. According to the Financial Post, developers are increasingly building rental housing because it has become their best chance to make money, with so many homebuyers priced out of the market.

The vacancy rate in Toronto was just 1.3% in an October market survey by CMHC. A report from real estate services firm Avison Young estimates it’s now closer to 1%.  Rents, while not climbing as quickly as property prices, are on the rise, too, with an 11.6% increase year-over-year from 2016 to $2.77 per square foot, according to Urbanation.

According to CMHC, about half of the two million apartment units in the country were built between 1960 and 1979, while only about 180,000 units have been built since 2000. The main source of rental growth is in the condo market. That’s in the process of changing. Vancouver-based developer Westbank Corp., for example, is planning an ambitious 1,000-unit rental building on the old Honest Ed’s site.

If the problem is indeed primarily linked to lack of supply, we need to call on our political administration to free up land and loosen regulations, and encourage developers to build homes, not rental units. Otherwise, we need to start getting used to the idea that many of us will spend our lives in rental units, perhaps planning to someday retire to, say, Winnipeg.