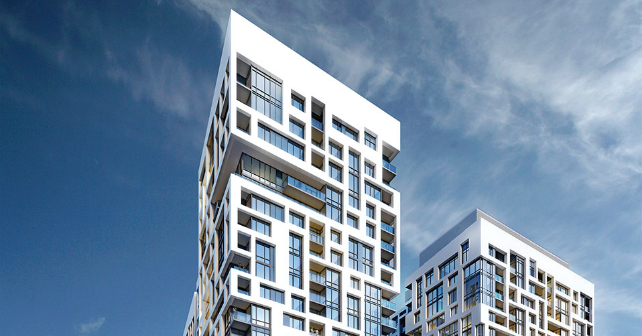 Should You Invest in a New Condo?

In a 2012 report (the most recent reliable numbers I could find), Canada Mortgage and Housing Corporation (CMHC) reported that total investor-owned condos represent about a quarter of all condo units, but that only includes units rented through MLS, not those rented through free sites like Kijiji or those sitting empty. Factor in those variables, and the number could be closer to half. According to a story in the Toronto Star at the time, “anecdotal” evidence suggests the number could get as high as 90% in some downtown skyscrapers close to transit.

If it’s crossed your mind that you should be among them, you’re not alone. Every week I have a conversation with someone who says they’re considering buying a condo for rental income. Pre-construction condos are priced attractively, interest rates are low, and the math seems simple enough — why not do it?

A condo can be a great asset to an investment portfolio, but like any major purchase, it shouldn’t be taken lightly. The occupancy statistics alone are a complex, shifting landscape with a future that’s hard for even the most dedicated experts to predict.

Urbanation reported recently that the first quarter of the year saw an 11% jump in rented condo units compared to last year, but listings went up 21% thanks to an influx of recently completed buildings. Average rents grew slowly, at 1.1% annually to an average of $2.37/square foot city-wide, but some submarkets including the downtown core saw a 2.1% dip.

While low interest rates that encourage renters to buy may account for some of that drop, consider also the growing number of purpose-built apartments on the rise now. The research firm says there are currently eight rental buildings with more than 2,400 units to fill under construction, with another 34 projects comprising more than 6,700 proposed units — a 75% increase over the apartment rental units developed in the past 10 years. It will take a number of years for all those units to come to fruition, but it may well happen at a time when the condo market slows. There are also dichotomies at work that take some noodling: the best investment condo is in a building with a high owner-occupancy percentage, on the wisdom that owners are more concerned with looking after their properties, both in their care of their private and shared spaces and in their participation in the running of the community.

That math that on the surface looks simple — how much will it cost you to carry it, including any maintenance fees, mortgage interest, taxes etc., versus how much can you rent it for — gets complicated too. If you have a hard time renting it right away, can you afford to carry it? Can you afford litigation if you have to release an undesirable tenant? Can you afford any damage repairs? If you account for insurance, taxes, occasional repairs and one vacant month a year, you could be upping your monthly expenses by more than $300.

But then there’s the plus side. Rental condo units in the core command nearly twice as much as their purpose-built apartment relations ($2,285 vs. $1,238 for the average two-bedroom, according to CMHC). As time goes on, you’ll pay down your mortgage and decrease those monthly carrying costs while rental prices increase. And perhaps most importantly, property values historically increase significantly more than inflation — over the long haul, real estate, especially in a desirable urban market like ours, just doesn’t go down.

Condo investment can be a break-even proposition in the short term, but if you pick your building wisely and stay in it for a while, you can be among the 90% who are reaping the rewards of our still-thriving market.