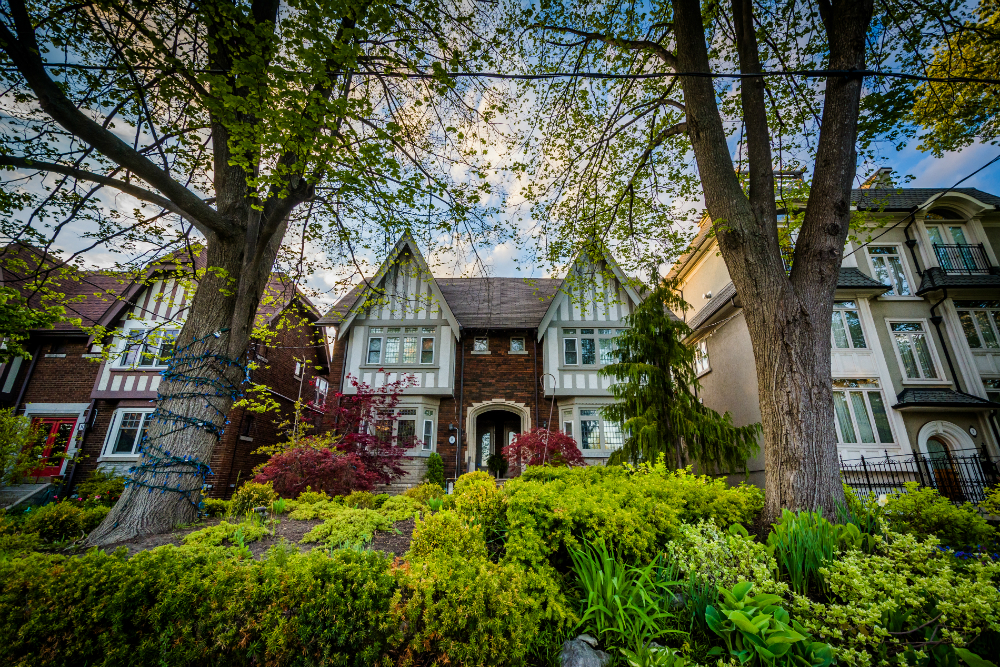 Some people are praying for a housing market crash

There’s a storm brewing, and it’s not just all this rain we’re putting up with. It’s the increasingly sour feelings of those left behind in our runaway real estate market. According to McLean’s, the have-nots are praying for a housing market crash, even if it means their overextended friends would suffer.

After the recent publication of her controversial Toronto Life article, Catherine Jheon faced a backlash to her tone-deaf recounting of the renovation of her Parkdale “crack house,” and then her husband, Julian Humphreys, compounded matters with an even more tone-deaf post on his website that blamed the editor of the piece, and went all the way back to the 1930s to start explaining exactly how not-privileged he is.

The couple not only cluelessly hired a toothless, homeless contractor off the street to head up their reno and then seemed surprised when things didn’t go well, but already own property in Mexico, went on to write a Cottage Life article about their acquisition of a recreational property, and used money lent to them by a rich godfather to complete the reno on the home that’s now worth millions.

Meanwhile on the renters’ market in the same neighbourhood, tenants are going on rent strikes (and subsequently finding themselves evicted) to protest a lack of repairs and rent increases above regular limits.

It’s a problem that has been colourfully illustrated lately, but it isn’t a new problem, and it doesn’t just show up in the housing market. In 2014, The Broadbent Institute published then-new Statistics Canada findings that showed that our country’s wealth was heavily concentrated in the top 10% while the bottom 10% held more debt than assets. We tend to think of ourselves in Canada as being egalitarian, good-hearted folk, but with the growing rift perpetuated in large part by the increasing lack of affordability in the housing markets in our biggest cities, it’s becoming harder to ignore the problem.

We may like to think that this isn’t something we Canadians have to think about, but rather a problem for countries with a lot more political problems that make it difficult to move wealth around, like perhaps Mexico, or for our increasingly fractured, radicalized neighbours to the south, but we’re not the only “nice” country facing it.

In February, Australia’s Fair Work Commission decided to cut weekend and public holiday pay in its hospitality, retail and fast-food sectors, with a resulting annual salary decrease of up to $6,000 for workers in those low-paying fields. The year before, research showed that the wealthiest Australians owned 71 times that of the poorest.

I find myself increasingly up against my own personal dichotomy as the financial landscape of ours and other developed nations continues to evolve. I’m a fan of capitalism. I think people should be encouraged to make money, to run businesses. But I also think everyone deserves a decent wage and an affordable place to live.

I’m not sure there are answers. Taxation is one way to redistribute wealth, and here at home at least we seem to still understand that it’s up to the haves to help pay for the schools, roads, emergency services and such that we all use, but redistribution should play a secondary role to helping lower- and middle-income families create wealth. But how do we do that?

And how do we keep the increasing wealth divide from dividing us as a nation? It’s not a simple problem, and the solution, if there is one, won’t be simple either, but not giving front-page stories to the hopelessly out of touch may be a good place to start.