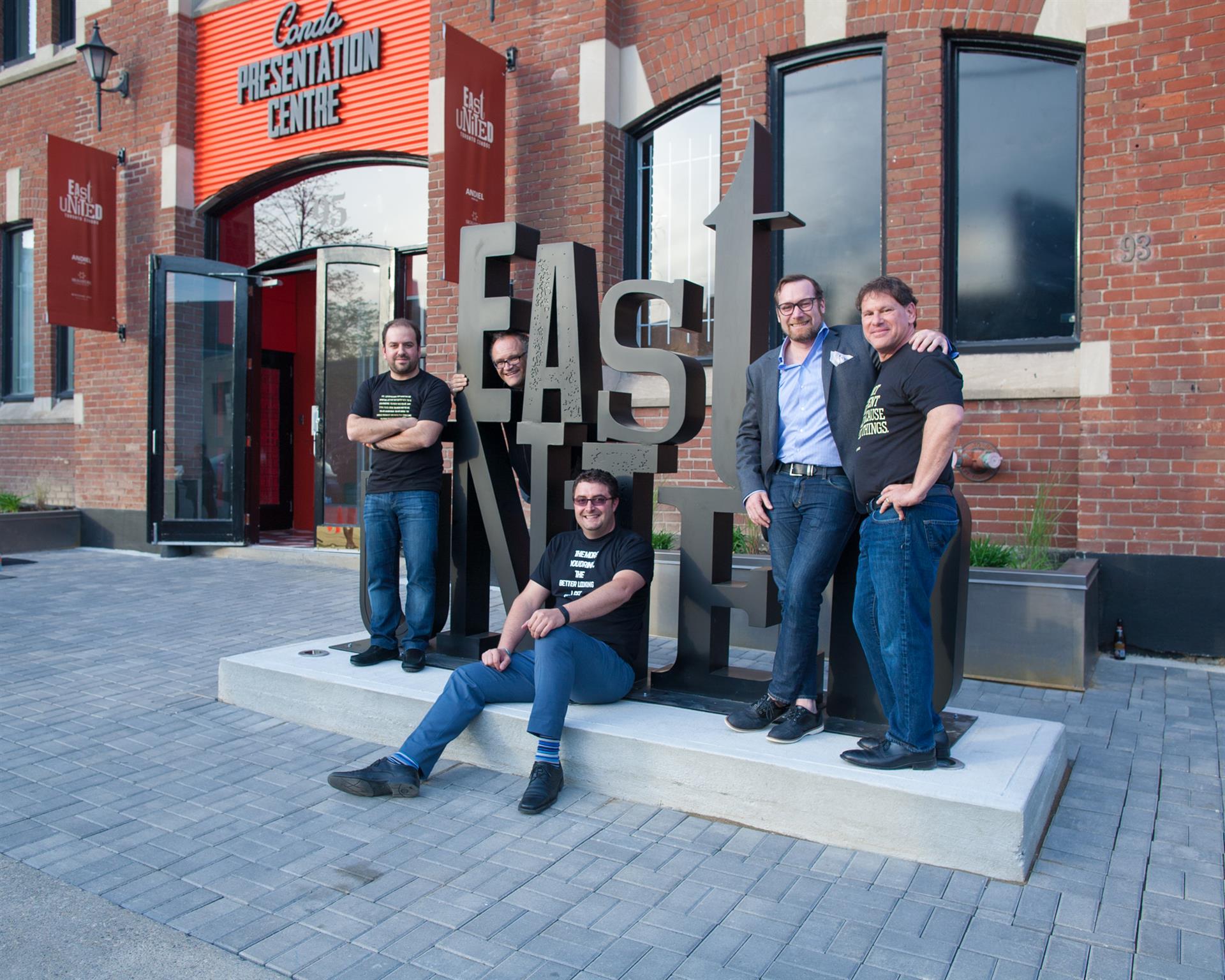 Last week, SigNature Communities, Berkshire Axis, and Andiel Homes celebrated the VIP launch of their latest condo development, East United in the east-end of Toronto at King and Berkeley. It wasn’t just any old VIP condo launch, the developers went all out, making it a true east-end event, with all the food and drink supplied by east-end businesses. Photo by William Suarez“Every last detail in East United has been inspired by the east-end,” says Sebastian Mizzi, Vice President of SigNature Communities. “From the design, to the amenities, to the finishes and materials we’ve sourced from east-end suppliers. It was only fitting then, that we would call on our neighbours to help us launch this project.” Playa Cabana supplied delicious Mexican fare in honour of their newest locale nearby, Cocina Economica - Photo by William SuarezThe food was supplied by Mary Marlowe Catering from the St. Lawrence Market, Mengrai Gourmet Thai, and Playa Cabana brought the tacos. Just like the east-end, the food was diverse and amazing. Of course, Mill Street Brewers supplied their extensive array of beverages, and Rooster Coffee Bar provided their great product to all the guests. Yoga performance by ArielGraceYoga - Photo by William SuarezThere wasn’t just delicious food and drink, there was also a few “lifestyle installations,” including a yoga performance and a custom t-shirt printing station. Oh, and did we mention that the developers also unveiled a model suite? When we first got wind of East United, we heard that the developers were interested in the neighbourhood because of its “aversion to conformity,” and it’s good to see that they are staying loyal to that east-end vibe with their innovative VIP launch. Photo by William Suarez“Everyone standing in this room tonight is the same distance to the subway as someone standing at the corner of King and Spadina,” said Berkshire Axis President, Leslie Marlowe, to the crowd at the event. “Everything you could want from a city is accessible from the corner of King and Berkeley. You have the DVP, the Gardiner, two streetcar lines, jobs, parks, schools, restaurants, bike lanes. You name it.” Photo by William SuarezThe beginning of Marlowe’s statement is hinting at the fact that many people write off the east-end of Toronto as if it doesn’t have any amenities or as if it’s on the other side of the province. To all west-end dwellers afraid to travel east of Bathurst - there is a great big world out there, all you have to do is take a day or weekend to explore the east and you will discover a bunch of hidden gems, and then you’ll realize that they’re not hidden at all. Architectural design as unique as the neighbourhood

Designed by Giannone Petricone Architects, with interiors by The Design Agency, East United will reflect the heritage of Toronto’s east-end, and utilize materials inspired by the neighborhood's industrial past.The condo will stand 21 storeys and feature 279 total units, ranging from 350 to 1,400 square feet, with a selection of one-, two-, three-, and four-bedroom floor plans. Prices will start at $199,900, with the average price per square foot coming in around the mid-$500s.

The presentation centre at 95 Berkeley will be opening to the public very soon, so we suggest you register now so you can get a chance to pop in and check out the model suite, and see what East United has to offer to the condo buyer in search of something different.