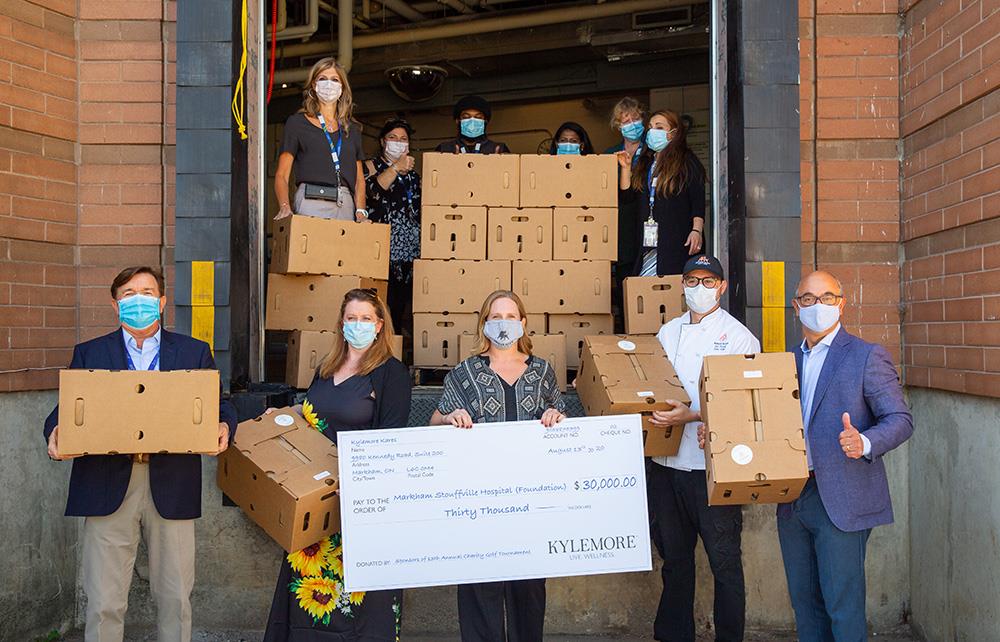 “Every year the proceeds from the annual golf tournament are donated to charities. This year we wanted to say a special Thank You to frontline workers for going above and beyond the call of duty during these unprecedented times. We reached out to our local hospital to make the arrangements,” said Cailey Stollery, CEO Angus Glen and Kylemore Group of Companies.

2020 marks the thirteenth consecutive year the invitational tournament has been held at Angus Glen Golf Club. “We weren’t sure we would be permitted to go ahead, even if we had the support of our trades, suppliers and consultants. However, when the Province announced golf could resume, we called some of our contacts and found that they were eager to participate,” explained Frank Spaziani, Vice-President of Kylemore. “From there the Kylemore team together with the golf club worked tirelessly to ensure all health and safety precautions were met,” he added. 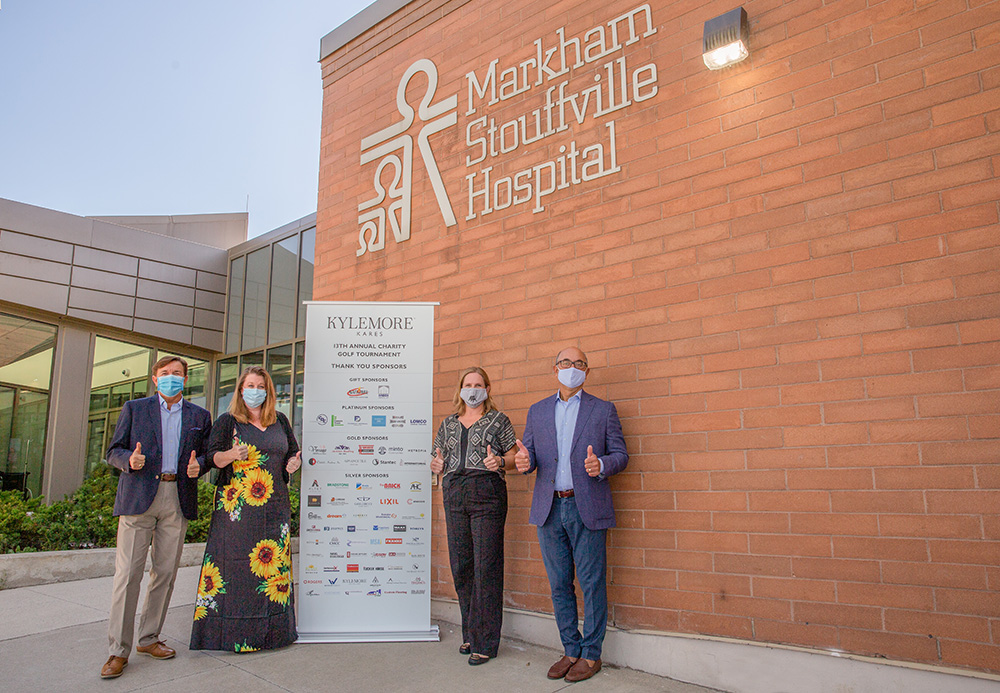 Donation receives a thumbs-up from (l to r) Allan Bell, Vice President Community Relations and Corporate Partnerships, and Suzette Strong, CEO, MSH Foundation with Cailey Stollery, CEO and Frank Spaziani, Vice President, Kylemore. Cailey Stollery and Frank Spaziani, were joined by Suzette Strong, CEO and Allan Bell, Vice President, Community Relations and Corporate Partnerships, MSH Foundation for a symbolic cheque presentation. The lunches, combined with support provided in the early days of COVID-19, amounts to $30,000. The company has also responded to requests for special assistance due to the pandemic from Yellow Brick House and Participation House in Markham. “Kylemore’s generous donation to Markham Stouffville Hospital speaks directly to the caring and generous spirit of our community. With this financial support and meal donation, our dedicated frontline staff is inspired and empowered,” said Suzette Strong. “Every contribution ensures our patients can receive the critical care they need, even in the face of unprecedented crisis. Thank you, Kylemore, for your long-standing support.”

In a pre-recorded video message Cailey Stollery and Frank Spaziani thanked sponsors for their ongoing support, not only of the tournament but also with quickly adapting to safety measures which allowed for the continued construction of Kennedy Manors luxury townhomes in Markham.

Since 1997, Kylemore has been creating master-planned communities and building new homes that prioritize the well-being of the families who will live in them. Today, the company continues this tradition by making Wellness the essence of its future communities. By focusing on Wellness, Kylemore expands upon this legacy by paying attention to many other aspects of lifestyle that can be enhanced by what they build, how they build, and where they build. Wellness is the new Luxury. Visit Kylemoreliving.com for new communities coming soon!