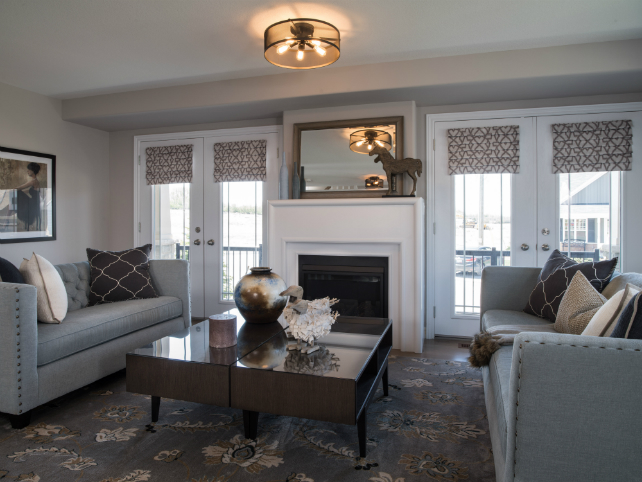 The Building Industry and Land Development Association (BILD) just released its new home sales figures for the Greater Toronto Area (GTA) for September 2016, announcing that high-rise sales are still on track for a record year and we are running out of detached homes.

As of the end of September, there were 20,596 new high-rise sales in the GTA, which makes up 60% of all new home sales so far this year. There have been 14,140 new low-rise sales this year, according to Altus Group, BILD’s trusted source for new home market intelligence.

“New low-rise home sales year-to-date in the GTA are very similar to the situation back in 2009, before house prices started to take off, averaging about 1,500 per month,” says Patricia Arsenault, Executive Vice President of Research Consulting Services at Altus Data Solutions.

“What has changed dramatically is the decline in options available to buyers,” she adds. “Back in 2009, there were nine low-rise homes available to purchase for every home sold. Now that ratio is less than two to one. Given the sharp drop in competitive product alongside buoyant buyer interest, it’s no surprise that new low-rise home prices have doubled since 2009.” For the first time in a while, there was actually an increase in new low-rise homes from month to month with 1,604 homes available. This is still 64% lower than the same time last year. August is usually slow for new home launches and September is typically busy, which accounts for the slight increase.

There is still a strong demand for new detached homes, and there were only 764 available across the GTA last month. That’s less than one month of supply based on recent sales trends. There are way more high-rise units available at the moment, but supply is still 35% lower than last year with only 13,817 units on the market.

“We have a serious housing supply challenge in the GTA due to a significant shortage of shovel ready land and long and uncertain project approval timelines,” says President and CEO of BILD, Bryan Tuckey. “These factors are severely restricting the number of new homes being brought to market and are causing prices to surge month after month.”

The average price of a new high-rise unit increased by 10% to $486,605, which is the largest growth we’ve seen in a while. The price growth jump is mostly due to the increasing average size. Last month, the average size of a high-rise unit was 809 square feet, compared to 767 square feet the same time last year. The average price per square foot hit $601, which is $26 more than a year ago.

“The recent increase in high-rise prices can be attributed to the rise in average suite size, combined with a growing price per square foot,” Tuckey says. “This year we have seen the introduction of larger suites aimed at purchasers who have been priced out of the low-rise market.”

We’ll have to wait another month to see if the typically busy October will be affected by the new mortgage rules that took effect mid-month.