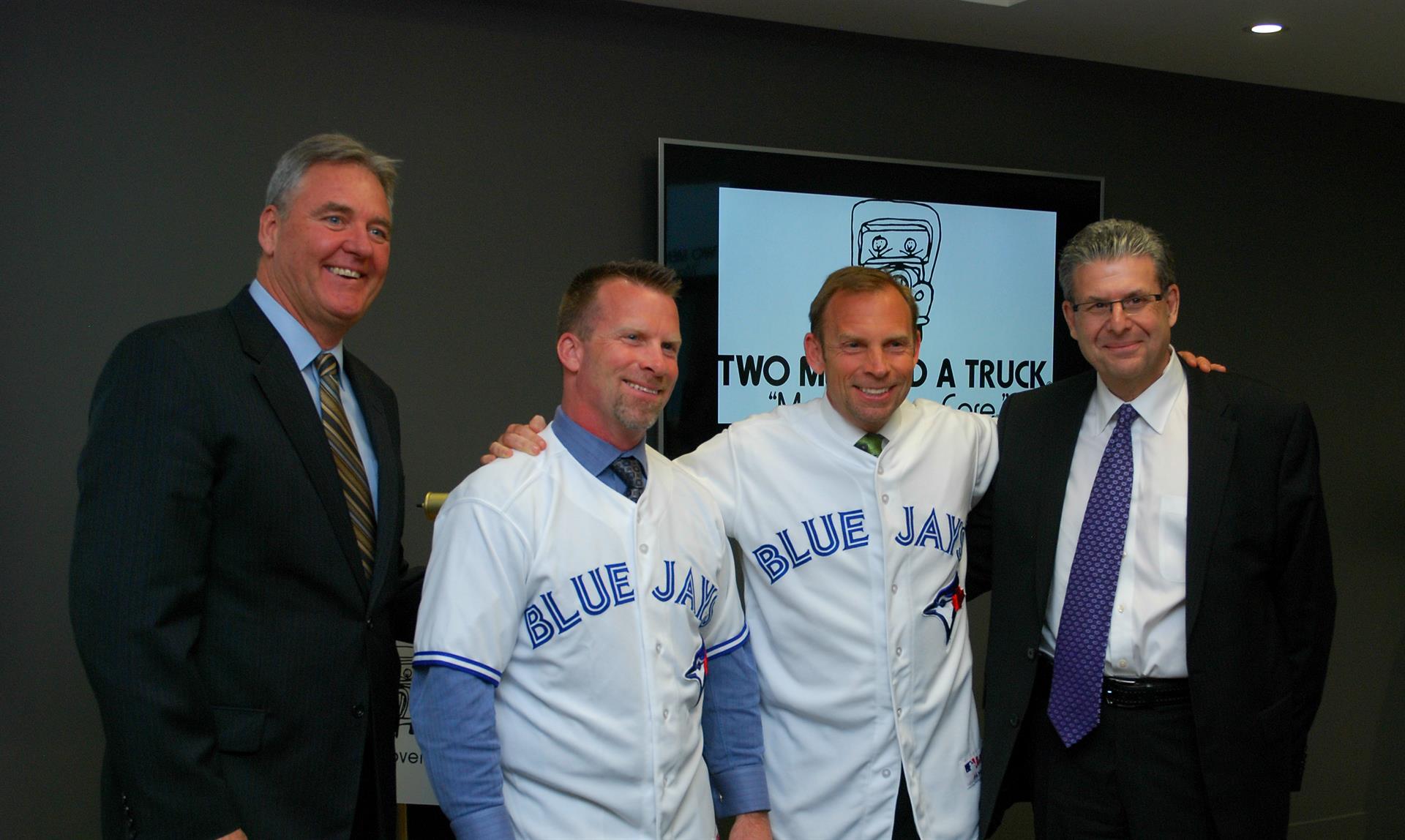 Watching an MLB Game with Two Men and a Truck

The weather is finally consistently warm. That means homes are going to sell and thousands of homebuyers will be planning their move-ins! Many people don’t have the manpower or resources to move themselves, so they employ the services of a moving company, like Two Men and a Truck.

On the morning of April 24, Two Men and a Truck celebrated the opening of a new franchise in St. Catharines and held a special editors briefing at the Rogers Centre to announce the opening of a new corporate store in Mississauga and to outline future plans for the company. Two Men and a Truck goes way back to...two men and a truck, but it wouldn’t be what it is today without Mary Ellen Sheets. 29 years ago, Sheets’ sons, Brig and Jon Sorber, wanted to make some extra spending money while they were in high school. Sheets put out an ad in the newspaper and the first line said “Two men and a truck.” For the rest of high school, they moved people in their pickup truck.

After the boys went away to college, people continued to call for movers. So, Sheets bought a cube van for $350 and they continued offering their service. Eventually, they needed more trucks, and it just grew and grew from there.

At the editors briefing, the original two men spoke to the media about their accomplishments. Brig is now the CEO and Jon is the Executive Vice-President of the International division. That’s right - this moving company went from a local family business to having franchises in Canada, London, England and Ireland. They’re even considering expanding into Asia!

Two Men and a Truck went from making a few bucks in high school to aiming for $1 billion in moves by 2020. They are currently adding another 20,000 square feet to their 39,000 square foot headquarters, and they’ve gone from one green pick-up truck to having more than 1,900 trucks on the road. Don’t think for second that it’s all gone to their heads; Two Men and a Truck has donated over $18 million to charities, and they just teamed up with The Mikey Network to have defibrillators installed in all their trucks, creating a safer environment for employees.

Hugh Heron, President of Heathwood Homes, Chairman of the Mikey Network, and Master Franchiser of Two Men and a Truck - Canada also had a few words to say on the big day: “This company is a perfect fit for The Heron Group. Homebuilders and movers have lots in common. Movers are an important part of the equation, and like Heron and Heathwood, Two Men and a Truck is totally focused on customer service.”

June is probably the busiest moving month of the year, so when your special day comes along, you know who to call!