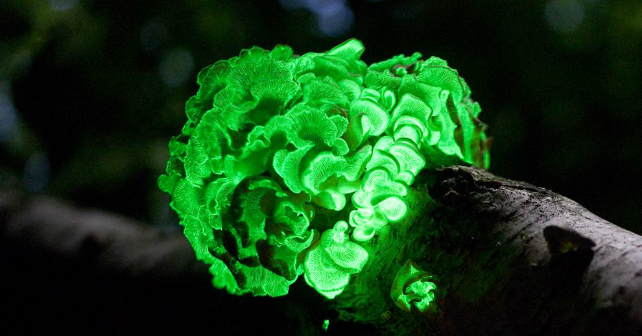 What is Bioluminescence and Why is it Important?

Imagine returning to your home or apartment late at night - instead of turning on the lights you are greeted by the gentle glow of bioluminescent plants. Now apply that thinking to Toronto's cityscape - or any city for that matter - what if the streets, highways, and parks were lined with trees emitting a soft spectral light? What if we no longer had to spend money and energy lighting the streetscape, but relied on our city’s flora instead? Though this sounds like a scene from a sci-fi movie, it may become reality in the near future as biologists, designers, and engineers work to harness the power of bioluminescence.

What is Bioluminescent Light?

These organisms use bioluminescent properties to hunt their prey, defend against predators, or attract mates. Biologists and engineers are now studying bioluminescence to understand how we can adapt this natural phenomenon to create more sustainable urban spaces. Dutch designer Daan Roosegaarde is especially captivated by bioluminescent light, and has been working with the State University of New York (SUNY) and Alexander Krichevsky to create a genetically modified glow-in-the-dark plant - a prototype of the plants Roosegaarde hopes will one day light our homes and streetscapes.

Bioluminosity is part of a larger movement often referred to as “biomimicry.” This refers to the method of emulating nature’s patterns and strategies to solve design issues and create sustainable solutions to human challenges. The goal of biomimicry is to create and establish a new way of living that is well-adapted to life on earth in the long-term.

Biomimicry as a sustainable approach is gaining popularity in the field of architecture and urban design. Vincent Callebaut’s recent vision for a sustainable Paris and many of the honourable mentions in eVolo’s 2015 Skyscraper Contest featured design elements that sought to emulate nature, rather than master it.

Roosegaarde is especially fascinated with the concept of biomimicry. “What can we learn from nature and apply to the built environment, to roads, to public spaces, to our urban landscape?” asks Roosegaarde during an interview at SXSW.

For Roosegaarde’s latest project, he is working to take the chemical reaction that produces light in a firefly or jellyfish and merge it with existing plants to create new sources of sustainable lighting. His goal is to produce plant life that would glow at night, replacing the need for standard street lighting. "When a jellyfish is deep, deep underwater it creates its own light," he says. "It does not have a battery or a solar panel or an energy bill. It does it completely autonomously. What can we learn from that?"

Roosegaarde’s fascination with biomimicry led to his partnership with SUNY and Dr. Krichevsky, the founder and chief scientist at Bioglow. Dr. Krichevsky was able to create the glowing plant by splicing DNA from marine bacteria into the genome of a house plant, allowing the stem and leaves to emit a soft light similar to a firefly. This plant served as the prototype for the team’s bioluminescent flora. Since then, Krichevsky has been working to create the Starlight Avatar, a plant that emits a soft ambient light after just 1-3 minutes in the dark. Krichevsky told CityLab that the company has seen “tremendous interest” from young people, and hopes that the Starlight Avatar will get the next generation excited about plants, gardening, and ultimately sustainable design. Alexandra Daisy Ginsberg, a designer, artist, and advisor to a group of undergraduates at the University of Cambridge working on bioluminescence also noted that this sustainable source might change the way the next generation thinks about nature: “There’s something much more visceral about a living light. If you have to feed the light and look after it, then it becomes more precious.”

Roosegaarde is now setting his sights on larger flora. Together, the team is working on producing a bioluminescent tree. “I mean, come on, it will be incredibly fascinating to have this energy-neutral but at the same time this very poetic landscapes,” reflects Roosegaarde.

Krichevsky is also working on a separate bioluminescent project, Glowing Nature. This project is investigating bioluminescent mushrooms to find a means of giving mature trees bioluminescent properties without genetically modifying them. Krichevsky hopes to produce a “biological paint” that can be applied to trees and allows them to glow at night.

Bioluminescence is a form of “cold light” since it produces very little heat. Bioluminescent species also produce primarily low ambient light. Though, some scientists are experimenting with ways to magnify the fluorescence of bioluminescent organisms.

The application of bioluminescence can also be applied beyond the city. Farmers are looking into using this technology so that plants can alert farmers when they need more water or nutrients. This chemical reaction could also be adapted to give farmers early warning about disease and harvest-destroying pests. According to National Geographic, scientists have successfully taken GFP, a chemical found in bioluminescent jellyfish, and attached it to other genes to breed mice with GFP. This research will help scientists develop improved treatments for cancer and various diseases. Artwork by Dan Saunders - via Bioglow

Though designers, engineers, and architects are still in the early stages of understanding and emulating bioluminescent light, it is clear that it will soon become an important part of the drive to create sustainable cities. Bioluminescent light aligns with an important theme running through the field of sustainable architecture - the willingness to observe, emulate, and thereby conserve the natural environment through architectural design.

Instead of producing buildings that seek to master the Earth’s environment, we should be stepping back and observing the materials and processes present in nature in order to emulate the organisms that have inhabited our planet for millions of years. As our population continues to swell, these designs seek to create cities that protect and maintain our natural environment so that future generations will also know the beauty of the firefly.