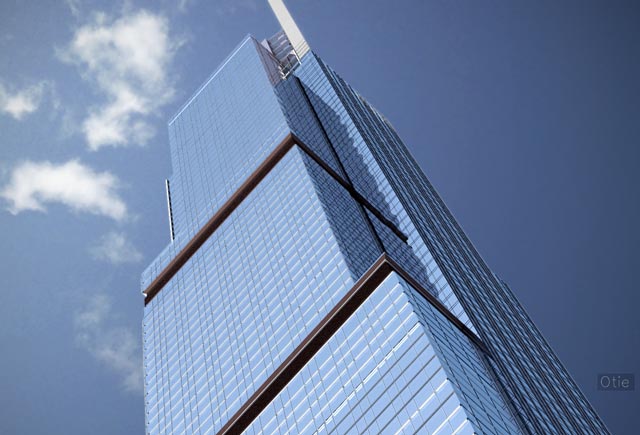 Will the World’s Tallest Residential Tower be Built in New York?

The fight to build the highest residential building continues; only months after One World Trade Centre was completed in New York City, plans for an even taller skyscraper have been released!

The Nordstrom Tower, set to be about 1,775 feet tall, is only one foot shorter than One World Trade Centre if the height of the spires are taken into account. Without the spires, the Nordstrom Tower will extend 78 feet higher than the iconic 1 WTC. This outstanding height will not only replace the tower in NYC, but will also give the Nordstrom Tower the title of the tallest residential building in the world. Not to mention that avid Nordstrom shoppers will be ecstatic to know that the building will host an enormous, seven-floor Nordstrom department store, as well as a luxury hotel facing 57th Street. Expected for completion by 2018, the updated plans for the building reveal a pristine glass facade designed by Adrian Smith + Gordon Gill Architecture (sound familiar? They’re the same architects responsible for the Burj Khalifa). Employing the latest in advanced skyscraper technology, the Nordstrom Tower will relieve the Municipal Art Society (MAS) concerns that supertall buildings might leave visitors and residents in dark shadows. The solution is to produce a “super slim” skyscraper that is the width of approximately two townhouses.

While some argue that super slim towers provide an incredible solution to the issues of shadows, not everyone feels the same way; architecture critic at Bloomberg, James Russell calls these midtown towers “Endless acres of cheap-looking frameless glass in cartoonish stripes and blotches of silver and pewter,” according to Curbed. Specifically criticizing One57, and 432 Park, Russell suggests that “shiny, gift-wrapped ordinariness” is absurdly priced and damages the skyline.

We still think that super tall towers offer possibilities for interesting designs and we’d love to see some come to Toronto, but what do you think?