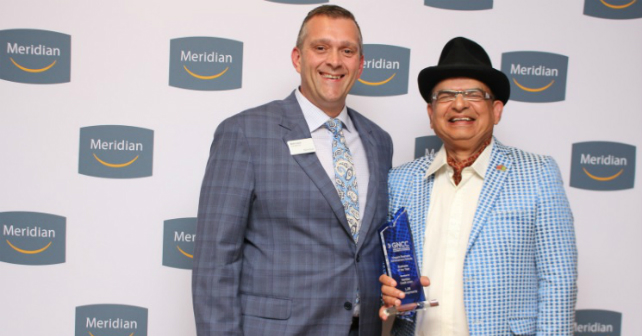 LJM Developments was recently named Business of the Year at the Greater Niagara Chamber of Commerce (GNCC) 14th Annual 2017 Niagara Business Achievement Awards! The awards recognize the best in business members and professionals within Niagara region.

With a rich history stemming back to 2001, LJM Developments has a long list of successes in the residential and commercial development industry. They are known for developing Ironstone Condominium, an eco-friendly, green building in Burlington. When it was built, it was the city’s tallest structure.

“We are humbled and ecstatic over our recent accomplishment at the GNCC awards,” says Liaquat Mian, President of LJM Developments. “We believe in the quality of our product and we love to take on big challenges. If anything is easy, it’s not for LJM! We are constantly striving to make a significant contribution to the real estate community. Building is what we do best!” Waterview Condos is the first high-rise condo on Grimsby’s waterfront (currently under construction). The building has a single-loaded design, which means all the units are on one side of the building, so they all have water views, hence the name of the residence. The other side has an interesting design that faces the highway. As far as we know, there is no other condo design like this in Ontario.

LJM Developments is also an innovator when it comes to giving back to the community. Aside from giving back $20 million in construction and planning to Niagara region, they recently announced that they will be donating a condo unit in the next phase of Waterview Condos to Habitat for Humanity Niagara. This is the first time Habitat Niagara has received a condo unit as a donation.

So what does the future hold for LJM Developments? They have plenty in the works on the residential and commercial side of things, and they will be expanding their property management arm. Also, LJM Developments will enter the hospitality sector through investments in their subsidiary, SLS Restaurants Group.

With exciting condo projects like The Tower Residences in Grimsby and King’s Park Condos in Stoney Creek, we can’t wait to see what else LJM Developments has in the works!