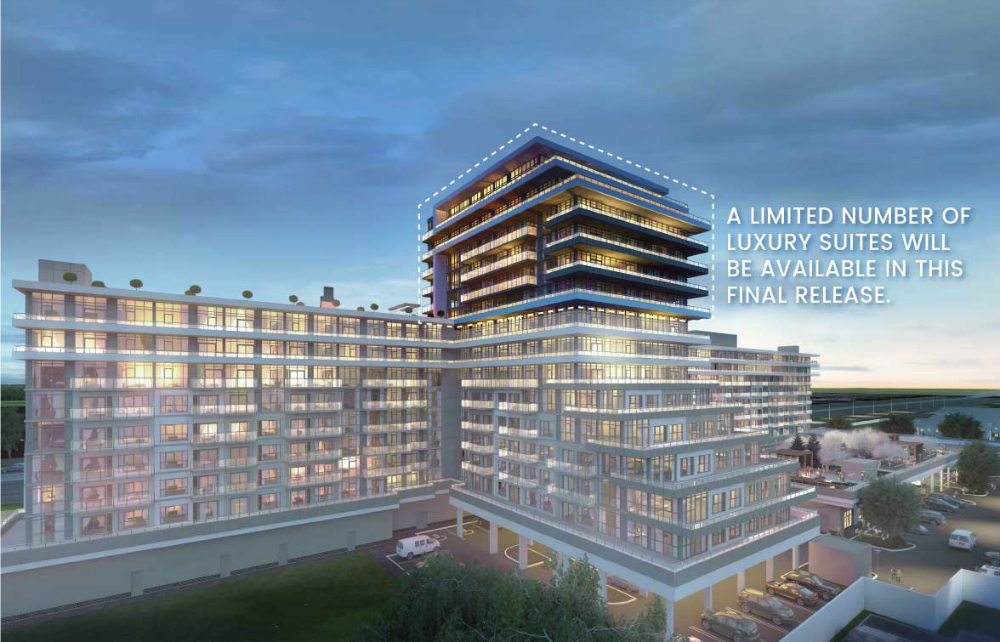 The Tower Residences at Waterview is coming soon to Grimsby!

We have some amazing news to share about LJM Developments’ condo development on the waterfront in Grimsby - there will be one more phase of luxury suites coming soon, called The Tower Residences at Waterview.

The original nine-storey Waterview Condos project was met with tremendous success, and due to overwhelming demand, LJM Developments is adding six new floors! These new floors will feature luxury suites and be Grimsby’s first high-rise option on the water. According to LJM Developments, The Tower Residences is Grimsby’s “one & only” condo with panoramic views of the lake.

When Waterview Condos first launched, it made headlines because of its interesting single-loaded design. This means that all the suites are on one side of the building. The facade facing the QEW doesn’t have suites. LJM Developments made this decision so that the majority of the suites would have lake views. The facade facing the QEW also features an interesting design, giving commuters something to admire as they drive by.

“High-rises is the name of the game for the next 10 to 15 years,” said President of LJM Developments, Liaquat Mian, in an interview with Design Develop Construct Journal. “We are [still] doing some townhomes, but not detached [homes] anymore, because there is no land available in the big cities. In Canada now, the government policy is intensification, which means you have to go vertical. Fortunately, we started at the right time. We have built five [high-rise] buildings so far in the Greater Toronto Area, and they are highly regarded buildings by our clients and the city officials.”

Grimsby is a predominantly low-rise town, so LJM Developments is leading the way in condo and high-rise development in this area. Given the waterfront property, LJM Developments was inspired by Miami resort living. That’s right, LJM has brought Miami to Grimsby!

The suites have floor-to-ceiling windows for admiring the views, generous balconies for sunny days, and fantastic building amenities, including a rooftop garden, a fitness centre, and a luxurious party room. Unlike Miami, Grimsby has a winter, but don’t worry, the condo has heated underground parking.

A lot of new home and condo development has followed LJM Developments to the waterfront, and Grimsby and the surrounding area is in for some strong growth. One major milestone that everyone is looking forward to is the opening of the new GO Station Grimsby Casablanca. This new GO Station is scheduled to open in 2021, and there is further expansion planned for St. Catharines and Niagara Falls.

The fact that a new GO Station is planned to open up seconds from the Waterview site is a testament to the area’s bright future. The final phase, The Tower Residences at Waterview, is the only high-rise option on the lake in Grimsby and it looks like it’s a sound investment as well!

Register for The Tower Residences at Waterview

For exclusive details and priority invites, register for The Tower Residences at Waterview right now! You’ll receive information about the luxury suites before the general public.

Don’t miss this opportunity to be a part of the beginning of Grimsby’s dramatic transformation!